How Film and TV Projects Get Financed

If you want to make a movie or TV show, you’ll face a big question: “How do I get some money to make this?” I break it down in this article

Let’s say you want to make a movie. Or maybe a TV show. You got an idea, and maybe you have a few people who plan to work on the project with you. You may even have something on paper to flesh out your idea. Now you’re faced with a big question:

“How do I get enough money to trun this idea into a reality?”

Financing is one of the largest roadblocks in Hollywood. Everyone has ideas, and a lot of them could make money, but they never go anywhere because the creators don’t have access to cash.

There are two basic paths for TV and Film projects: Studio/distributor financing and private equity financing. I’d like to go over both paths for film and TV to help you understand how to raise enough money to make your project.

Looking for financing for your TV or film project? These tips will help!
Click Here Financing feature films is pretty straightforward. They are either financed by a studio or distributor (who are often the same thing) or private equity.

The studio starts with some piece of written material. This could be a book, a screenplay, a magazine article or a stage play. In some cases, a studio will move forward with an outline or a pitch from an original idea.  Keep on thing in mind, when I’m talking about a studio’s development process – that all happens thru their producers with overhead deals and their producer partners.  You will never gain access to a studio’s development department.  Your access WILL come thru a producer who has a first-look or overhead deal with a studio.

Once they have the material or idea, they send it through a development track that creates a script and adds attachments (director, actors, producers, etc.). Then the studio sends it through its complex machinery where half a dozen different departments determine how much it will cost to make, how much it will cost to market, how long it will take to make, and estimate how much money they think they can make on the damn thing, domestically and in foreign markets. This is a highly scientific calculation (read sarcasm). The studios have gotten very good at it.

(In some cases, an agency will put together a complete package with a bunch of creative elements – writing, acting, directing – before selling it to a studio. The goal in the strategy is to get a production order on the spot. This is less common today than in the 80s and 90s, but it still happens.)

All of that information gets piled into a control sheet. Executives use the control sheet to decide whether or not to give the movie a green light. Then the physical production team comes in and starts building an infrastructure around the project so a finished movie comes out at the end of the schedule. They lay out a timeline based on when marketing and the studio heads want to release the film in theaters. They work backwards from that date to determine when to start prep, when to open an office, when to start production design, hire an editor, etc.

You want to make a movie or a TV show. Now you're faced with a question: 'How do I get enough money to make this?' Click To Tweet

Once the financing comes through, the train leaves the station and production starts hiring people who will make the movie. When production finishes, the whole operation scales back down and the studio owns a big pile of film for them to promote and release to the world.

The important takeaway here is that each studio has a hundred-year old process for financing and producing films. These are massive conglomerates that run in specific and consistent ways. They use similar agreements for everything they produce, except the names, dates, and project titles change. They create so much content that it all has to be similar, otherwise they would be eaten up by complexity.  Remember, they are making content at scale.

Private equity financing is when investors participate in a film investment. It could be one investor, several, or even an investment company that represents lots of investors. They have budgets anywhere from a couple hundred thousand to more than a hundred million.

Whereas studios each have their own way of financing and producing movies, private equity is all over the fucking place. There’s no one way to do things.

It’s common for investors to jump in when a film needs money for post production or when it needs money for promotion. Interestingly, some indie films will pay a studio/distributor to use their network to promote a completed film. They pay lower distribution fees (7-15% as opposed to 30-40%) to effectively rent a distribution network.

In fact, there’s an entire industry of investors who look for films that raised enough money to shoot their film, but not enough to promote it. These bottom feeders come in at the last second and inject $50K or $100K to get the movie into the festival circuit. They take their money out first, too, and ultimately dilute the investment of everyone who participated before them.

One thing that’s pretty standard, however, is the Private Placement Memorandum (PPM). This document explains to investors how much money you need, how you’ll use it, and how you’ll make money after the picture is finished.

While private equity has its place, most filmmakers would rather not deal with it. All independent filmmakers want to be studio filmmakers. No one turns down studio dollars. There’s almost no exception here. Why? Because there’s more money, access, and publicity when you work with the studios. They are massive machines with tons of resources.

A quick caveat about private equity in film…

Without the rigid systems of a studio, it’s common for indie films to start production without having all of the money ready. This is a terrible idea, yet it happens all the time in indie film.

Why in the world would you make something without having enough cash to sell it? You make money by selling tickets. You sell tickets from promotion/advertising. You have to think beyond product creation to how you’ll get it into your consumers’ hands (or their eyeballs, I guess).

I personally think the best path is to raise money for production and distribution at the same time, whatever that takes. Don’t move forward until you have enough money to make and sell your product.

That said, you don’t need a massive release. It’s okay to open in select markets – maybe a few cities around the country – to get a distributor to take notice and help you scale up. Or you might promote yourself on the festival circuit. You can always make a sale to a distributor at any point during a film’s run. 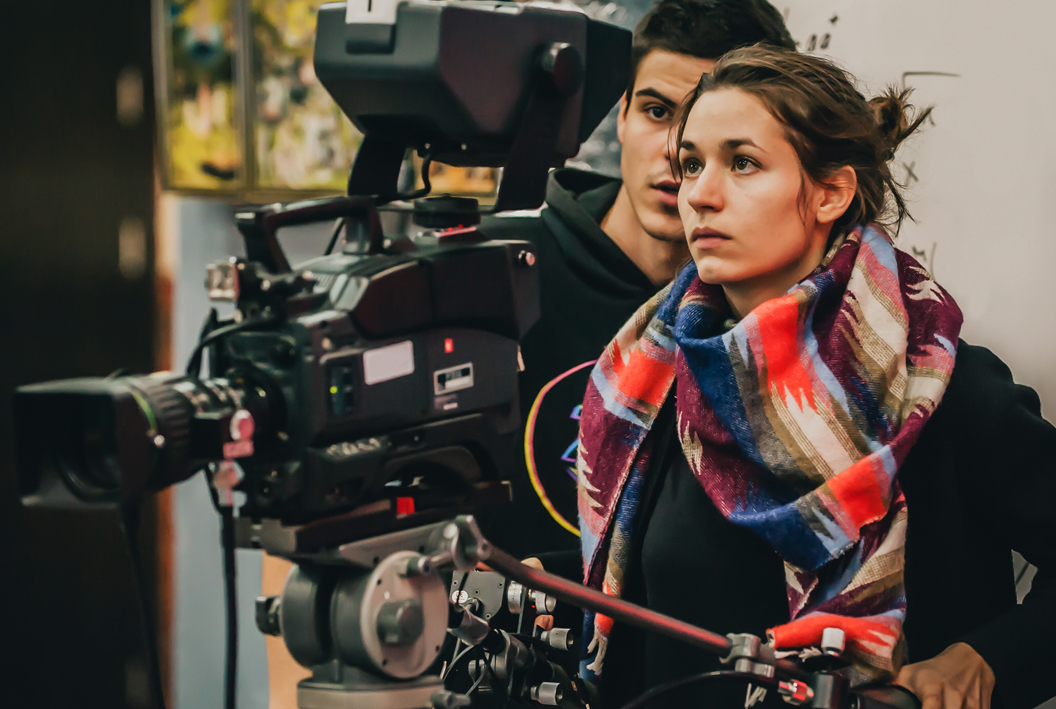 Financing television is a bit different. Whereas feature films requires a lot of capital upfront, with the majority of the cost returned thru minimum guarantees from distribution agreements, TV is a known deficit finance structure from the beginning.

If you sell your idea to a network or cable outlet to make a TV show, they’ll finance about 50% of your budget. They’ll require rights to the initial run plus a rerun. (This model is somewhat gone since the explosion of cable TV networks in the 90’s, but you get the idea: a broadcast network wants to air it twice and a cable network wants to air it 24 to 40 (or more) times.)

Where do producers get the remaining cash they need to make the show? By selling a license to a group of foreign distributors all over the world. You used to need 100 episodes before you could sell syndication, but now that number is as few as 10. So it’s entirely possible to start production before you have all the money you need for the first season, but very uncommon.

When I worked on a prime time one-hour series for ABC, some of the episodes cost upwards of $5 million. The first season (13 episodes) cost around $60 million. That’s a shit load of money to drop on a season that may not pan out, so the producers want to hedge their bets by making a lot of show to spread the risk across many titles.

Private equity in TV, the kind described earlier, doesn’t exist. It really only happens in feature films.  TV is a capital intensive business business where the risk is spread over a catalog of many shows.

That isn’t to say it never happened. There have been some players who financed television, and there certainly could be more, but it’s extremely rare. When it does happen, it’s because a producer is trying to close a cash flow gap. I don’t know of any pure, single project, private equity player who has participated in a TV investment.

That’s the high-level gist of how film and TV projects get financed and have been financed over the past 40 to 45 years.  Obviously there’s a lot of flexibility in the industry based on a project’s or an investor’s individual needs, so don’t feel like you’re locked into one of the paths and timelines I mentioned above. A lot is changing and changing very fast. Don’t be afraid to find or do something unique for the sake of your project.

Useful Tips to Land a TV or Film Financing Deal

Looking for financing for your TV or film project? These tips will help! Subscribe to receive this extra resource.