The Beginnings of a TV or Film Project

If you dream of creating your own TV or film projects, you need to know how they’re made. In this article, I explain how TV and film projects begin.

One of the things I like most about Hollywood is that anyone can create. While it helps to be an experienced player in the industry, you certainly don’t have to be. If you come into this town with good ideas and you are willing to work, you will find a welcoming community.

If you dream of creating your own TV or film projects, you need to know how they’re made. Generally speaking, a project starts with an idea (naturally). Your idea becomes an outline or a treatment, which becomes a screenplay and a salable package. From there, you sell it to a studio/network or a private equity investor. Production starts after you raise money.

That’s the jist of it, but let’s dive in a little deeper. 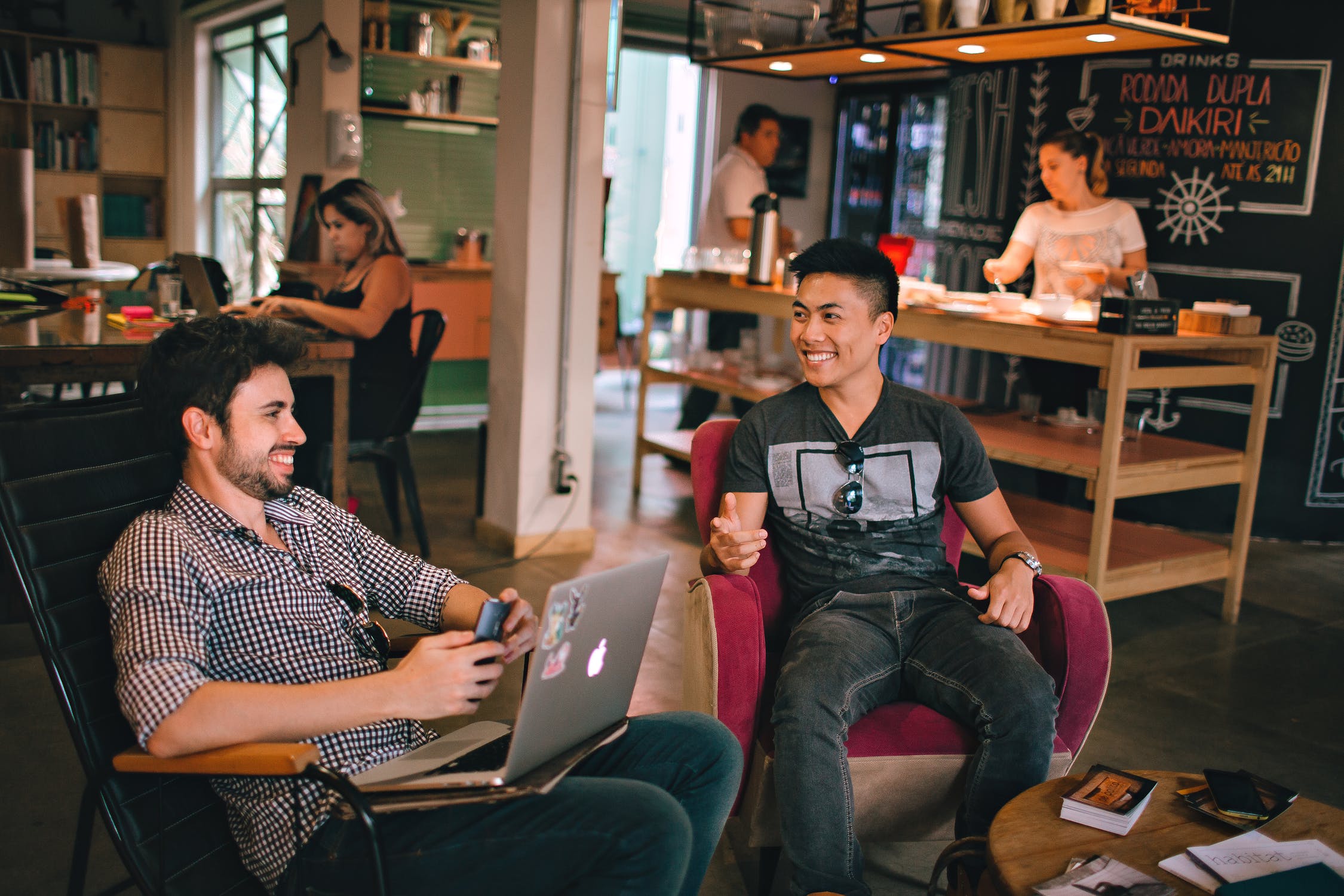 For the purposes of this article, I’m going to be extremely general. There are a million ways the idea in someone’s head can turn into TV or film content, but I’m going to give you the typical genesis and progression of most projects.

If you’re new to the industry or unknown, launching a project is tough. It’s certainly possible, but this is a very who-you-know business.

If you come into this town with good ideas and you are willing to work, you will find a welcoming community. Click To Tweet

A new project usually starts with the producer or a top-level creative. They first put their idea down on paper as a treatment. Sometimes they turn that treatment into an outline or a screenplay. In other cases, they use the treatment to seek financing.

If the writer has the idea first, he or she typically creates a beat sheet or treatment before finding a producer or packaging. If the project comes from a non-writing producer, their first job is to find a writer. It’s possible for an actor or an investor to start a project, but that’s less common. Those players typically come on board once there is a solid idea.

Get your idea on paper as soon as you can. Putting it on paper protects you. The act of writing down your story creates copyright. If it’s not on paper, or in some tangible form, there’s no copyright. Without copyright, ideas belong to no one. And if it doesn’t belong to you, you can bet your ass that someone will steal it if they get even an inkling that it might be worth something.

Pitching a project to people without copyright is fucking dangerous. You’ll put yourself at the mercy of whatever douchebag you’re pitching to. By not bringing a piece of written or video material, you’re basically waving a flag that says, “I don’t own this! Rip me off!”

Is it possible to land a deal without having something written down? Sure, but it’s rare. If Martin Scorsese walked into a studio and said he wanted money to make a gangster film with Robert De Niro, yeah, they would almost immediately hand him cash. But you aren’t Scorsese. Most people aren’t Scorsese.

Things get complicated as more players join the project. When you bring in new people, you change the political and power dynamic of the group. Each person contributes their own ideas and skills to the project, which potentially changes the project’s progression.

For instance, let’s say the producer recruits a writer to draft his idea. The writer has his own ideas that he wants to incorporate in the draft. An actress shows interest, so the writer and producer tweak the content to fit her skill set. When they recruit a director, he or she will also have contributions that have to be considered and folded into the product.

It gets even more complicated when you factor in the leverage each person brings to the table. If the project is banking on the notoriety of an up-and-coming director, the producer (who had the original idea) may be willing to sacrifice a bit of their vision to keep the director on board.

And of course, there’s always the chance that none of this works out and the whole thing falls apart. Whenever you hear that people on a project separated for creative differences, what they usually mean is that the group dynamic fell apart because there was a problem with someone’s leverage (e.g., someone had a lot of leverage so someone else walked away).

Investors and buyers won’t (and shouldn’t) commit money to a project without a finished screenplay. They know that some changes may come throughout production, but they want a piece of writing that is as close to the finished product as possible.

They also want to see a clear budget. They want to know how much money you need and what you planned to spend it on. You will want to be as accurate as possible here because they are going to hold you to those numbers.

Finally, they want to see a Private Placement Memorandum (PPM), which describes how the project will be financed, how the funds will be used and how the investors will be paid back. It also describes the different elements of the film, like the actors, director, and any distribution agreements that are already in place

You don’t need well known A-list talent, but you need people who can sell the project. For example, one of the Baldwin brothers (who is not Alec – I can’t remember which one at the moment) is all over a cable channel. They like him because he draws an audience. If you get him in one of your movies, there’s a good chance a network will take your meeting, even if they’ve never heard of you before. In the cable TV market, he sells.

I should point out that financing a new project only applies to feature film production. No one invests in television. Mostly because it’s a deficit financing business with risk spread over many titles on a multi-million (really tens of millions) dollar investment. The original exhibitor, like a network or cable outlet, pays for about 50% of the cost. The rest comes in when the show is sold to foreign and domestic distributors or syndication (which is a fraction of what it was a decade ago). This means it doesn’t make sense for investors to participate because they don’t have a distribution platform.

Production requires money, so it never starts until someone finances the project. There is NO scenario where you pitch an idea to a room, sell it right there, and it gets picked up for production. That may have happened one or two times in the past, but it’s super uncommon and ONLY happens to A-list talent who have a record of making a LOT of money in the recent past.

Production starts when you cobble together a bunch of distribution agreements and someone – an investor or a bank – puts a pile of money in an account for you to spend on the film.

At this point, the “beginning” of a film or TV project is over and it’s time to start filming! 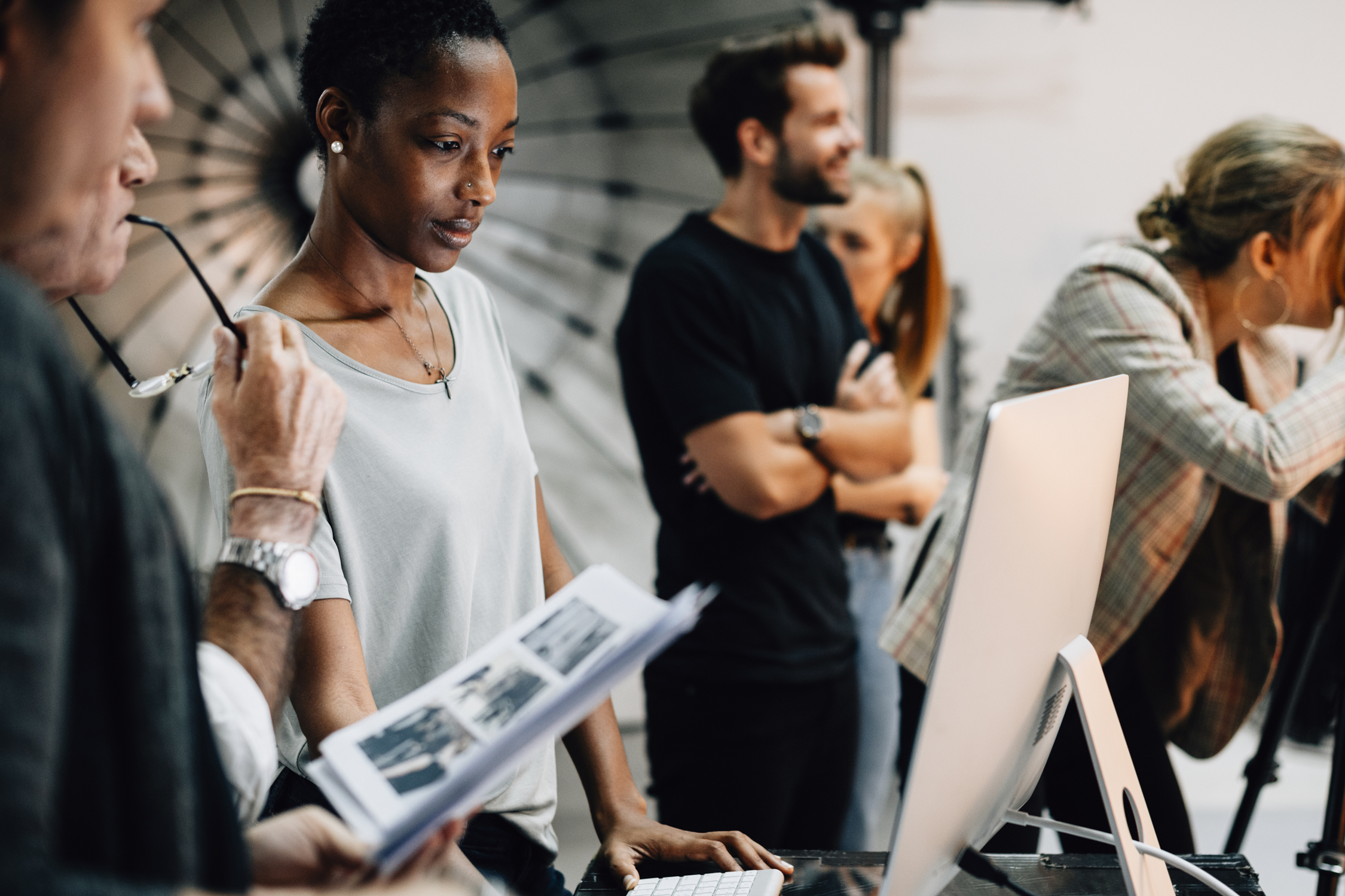 That isn’t to say you need to be an executive producer or showrunner to get respect. If you worked in any kind of decision-making role in production, you’ll have a much easier time scheduling meetings. People will take your original ideas much more seriously.

Even if you have a history of success, you still need something in writing when you pitch your ideas to financiers. It could be a treatment or an outline – just something that shows your take on the idea. Certain people in the industry have the leverage to pitch and sell ideas without finished screenplays and a neat package (director, actors, etc.), but they usually only sell to buyers they have a history of working with.

And like I said earlier, failing to create copyright for your idea is just asking to be screwed. It helps (and for most buyers is required) to have an agent or a lawyer submit your material while you’re showing it around. This creates a layer of protection to protect your ideas from being taken by some sleazy buyer or creative.

Have a big TV or film idea? Download this free guide to learn how to protect it from theft.
Click Here

I’ve outlined the general process for how an idea gets to production (what I’m calling the “beginning” of a project), but that doesn’t mean this is the only way. Hollywood is a fluid industry where weird shit happens all the time. Don’t be afraid to try new things. Maybe you’ll reinvent the industry.

How to Protect Your TV or Film Idea from Theft

Have a big TV or film idea? Learn how to protect it from theft. Subscribe to receive this extra resource.