in FACT OR FICTION 6 months ago

There’s No Time for Vacations in Your Early Content Career

If you want work-life balance in your 20s go drive a bus or work for the government – not in Hollywood!

And don’t even think about disappearing for a two-week vacation if you want to be relevant upon your return to work. Before you swing for my chin or wind up your fucking Twitter mod about that ideology, let me explain.

I’m Talking to Early 20s Creators. If you are in your mid-30s and beyond, this probably doesn’t apply to you as much as it does the younger generation of people who want to compete in Hollywood. I’m talking to the fresh college grads and young professionals in their 20s who want to kick their careers up a notch.

Think entry-level, lower-level assistant positions most people fill before they (hopefully) shoot up to the title of Manager, Director, and any Execute or C-Suite role

Do you fit that bill? Then listen up, my friend. If you want to make it in any industry, especially one that is highly competitive, you MUST show up ready to outperform the other dozen people in line behind or beside you.  Why? Well, honestly, you haven’t established yourself in your career yet. It’s harder to secure a solid, immovable spot in the industry playing field without 20 years of experience under your belt. It’s just how it works. Everyone in Hollywood is an entrepreneur.

I personally chose not to get married or have children until my 40s so that I could push full force to the top of my career. It was the right decision in the end because it took countless hours of uninterrupted or distracted work and long days to get to the place I’m at today. Could I have achieved a top-level position with kids and a spouse? Most likely. And don’t let me stop you from doing that either.  But because I started early and gave 110% of myself to my career from age 18 into my 30s, it’s made life a hell of a lot easier moving forward in a personal sense.

Let’s circle back to children for a moment. When you take paternity leave, you are out of sight and out of mind. That means you will not have an audience in front of the person who can or m ight sponsor you. If you did not birth the child yourself and you take a month or two off work- you’re telling your boss you aren’t serious.  Whoever went into labor and gave birth has an absolute 100% valid reason to take time off for work-life balance. Obviously, their body just went through the wringer. Take the time to recover and be there for your baby.

Remember, however, when you are away, no matter who gave birth, you are giving up face time to the other ambitious competitor that will get your slot if you are out of mind.  That’s just the reality of paternal leave in Hollywood.  Do whatever the fuck you want, but if you plan on moving up, get back from maternity as soon as you can and for god’s sake don’t take paternity leave – it’s just fucking ridiculous.

Why Work-Life Balance in Your 20s Is BS

When I started my career in production, I was in my early 20s as well. But truthfully, I began at 18 while I was a freshman in college, working in a recording studio. Throughout college, I worked the entire way through. Not really out of necessity, but because I knew what I wanted to do for  a living at a very young age and I wanted as much time and experience as I could get.  To give you a picture, this is what a typical day looked like for me as a young professional and one reason why I think “work-life balance” isn’t achievable at first.

A 16-hour workday was the norm. I would CONSTANTLY network, even on the weekends. A party here and there on Friday and Saturday nights would be the perfect opportunity to hang out with others in the business. Working every night until 9 PM or 10 PM was standard.  And I did it to learn as much as I could, so my work was more complete and more researched than the other assistants I was competing with, and to get noticed by senior management who could promote me.

You should do the same while your time is more abundant, while your need for vacation and time with “family” is not a distraction and while you can learn as much as possible later in your career. So, the idea of having a work-life balance when you’re in your 20s is bullshit. Don’t fall prey to the hype. 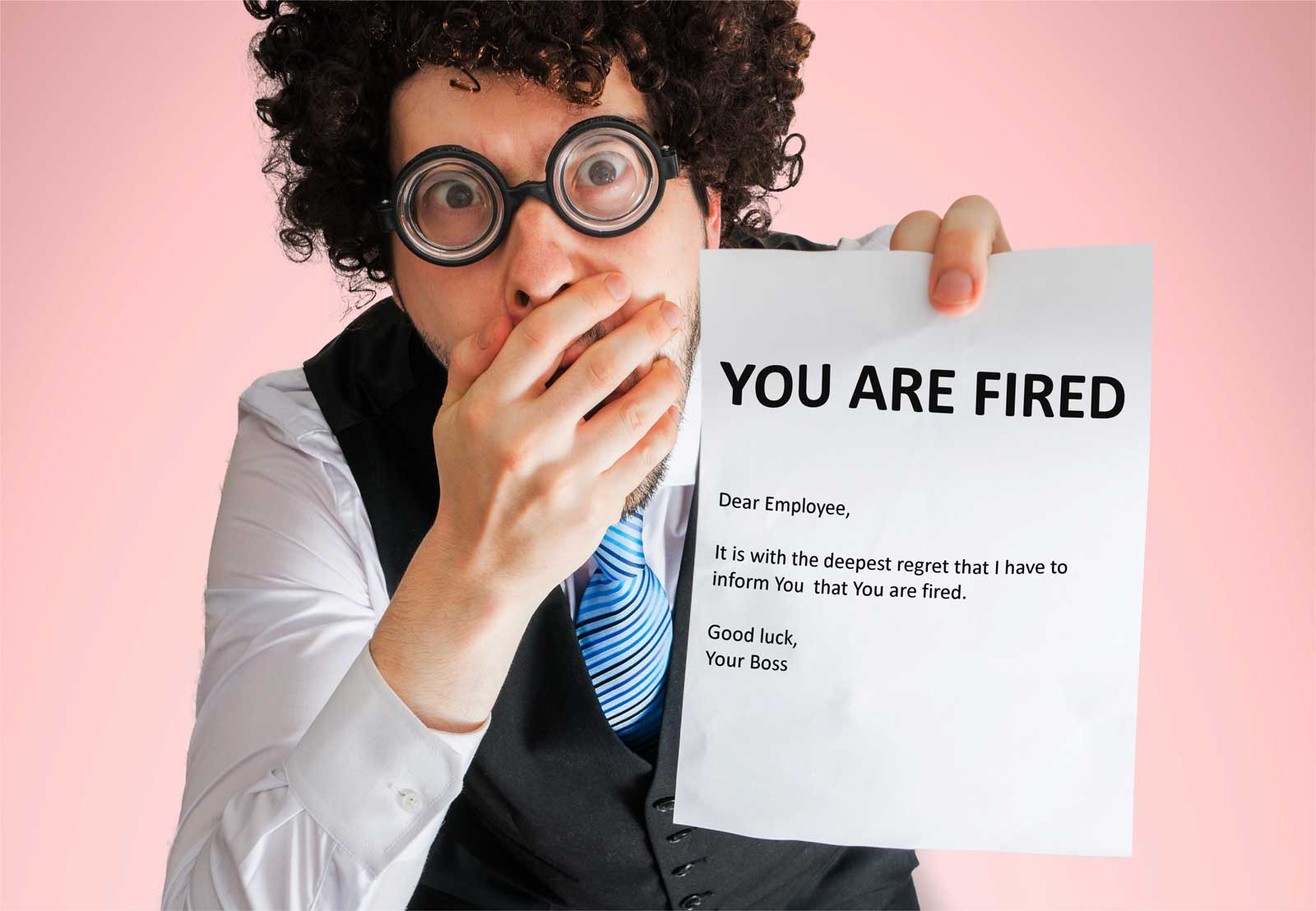 She Was Out Six Months Later

The way you get ahead in Hollywood- entertainment, show business, whatever you want to call it – is by putting in more time and energy than the person next to you who is lazy and is just there to pick up a paycheck.  Remember this: there is NOTHING wrong with working hard. If you decide you want to have a “work-life balance” and take it easy, then the reality is that you will sink below the other 20-something-year old who has the same skillset. I’ve seen it happen time and time again. This ridiculous example of work-life balance played out with a young woman who worked with me many years ago.

She was a receptionist who wanted to work in production and was a fresh college grad at that. But the real kicker to the story? She told me she was going to be out all week on vacation. I turned to her and said, “You just graduated from vacation. What do you mean you are taking a vacation?”

Again, when you take a week vacation, when you just started a job 4 months earlier (or for the first 18 months), you are telling your boss is that you aren’t serious.  The fact that she had just graduated university, was just staring her career, and was about to leave for vacation sent my bullshit meter to red instantly. At that moment, I knew she wouldn’t last in the industry or work her way up to production, and I was right.

She was gone about six months later, and some new fresh, ambitious, young face was sitting at her desk.

Hollywood Is an Abusive Business – Kind Of

With all of that said, you can see why people say that Hollywood is a relatively abusive business. In that sense, you have to put in the extra time and throw work-life balance out the window. There is nothing you do as an assistant that any other ordinary person couldn’t learn themselves.  That truism can come across as being abusive, but it is the nature of film and TV production.  Fight it if you want, but it will be at your own peril and to the determent of your career advancement.

Hollywood is like very few other businesses. Actually, take how other competitive businesses work (like investment banking or Wall Street) – put it on steroids, and you’ve got Hollywood. There are people who genuinely thrive off the competitive, dog-eat-dog nature that is Hollywood. And that is not for everyone at the end of the day, which is one reason why it gets a bad rep. The key to success is to show up, do your job to the best of your ability, and also do the job above you. But remember, don’t neglect the job you’re currently in. Perform at the highest level possible because you’ll get promoted if you can do your job plus the next level up.

Abusive or not, you CAN succeed. Think ahead of you. Think above you. Go out of your way, fuck work-life balance, and do extra work.

Here’s a pro success tip for you. The key moments to get facetime with an executive who can become your sponsor and pull you up the ranks are between 7 PM and 11 PM, or from 6 AM to 9 AM. That’s the reason why you want to come in early and leave late. Executives will see you and start to recognize your dedication. Those moments in the office when you’re the only people there will lead to meaningful conversations. Cash-in on those chances for sponsorship vs. work-life balance in your 20s. It might not seem glamorous, but it’s worth the information you’ll gather and connections you’ll make.

Distinguish Yourself Before Aiming for Work-Life Balance.

Now, I’m not saying you have to work yourself to death like a robot for 20 years. Take the vacation or mental break if you need to. Go drink a beer or lay on the beach for a few hours to pull yourself together. But there is a common thread among the people I’ve seen in this industry who are truly successful. They work hard, they take a short time away to rejuvenate, and when they are immersed in their work, they are deadly serious.

When you are in your 20s, you have the most time to work hard, rejuvenate, and hit the gas when it comes to distinguishing yourself. Emphasis on that last part. You don’t have all those obligations or distractions that come with being 30 or 40.

So, sit down and focus. Work on distinguishing yourself before aiming for work-life balance in your 20s.

I guarantee that mindset will skyrocket you further than you think.

Will it take time to figure out what makes you different? Yes.

Will it take energy to build a name for yourself? Yes.

Will the professional rewards be worth the sacrifice? Abso-fuucking-lutely.