Whether we like it or not, film production is a young person’s game. The entire industry prefers young people, but the favoritism is apparent for three reasons.

I’m in my 50s. I’ve been working in entertainment for 35 years, but I’m an anomaly. Few people work in this industry as long as I have.

I spent the majority of my career in the trenches, making records and TV and films. I worked as a PA. I worked in just about every department. I took every shitty on-set  job that you can imagine just to learn how it all works.

About 11 years ago, I migrated into my current CFO-like position. I work on 10-15 films per year for my clients. My work centers around finding money, funding productions, and managing finance from a high level.

I cherish my time on production, playing my role as a cog in the machine, but I couldn’t maintain the required pace these days. I don’t feel old, but I recognize that those positions are made for younger people. Moving into a CFO role was a key way to stay in the industry without losing jobs to younger people and making myself miserable every day.

Whether we like it or not, film production is a young person’s game. The entire industry prefers young people. It’s not overt. No one will curse you for your age to your face, but the favoritism is apparent for three reasons. 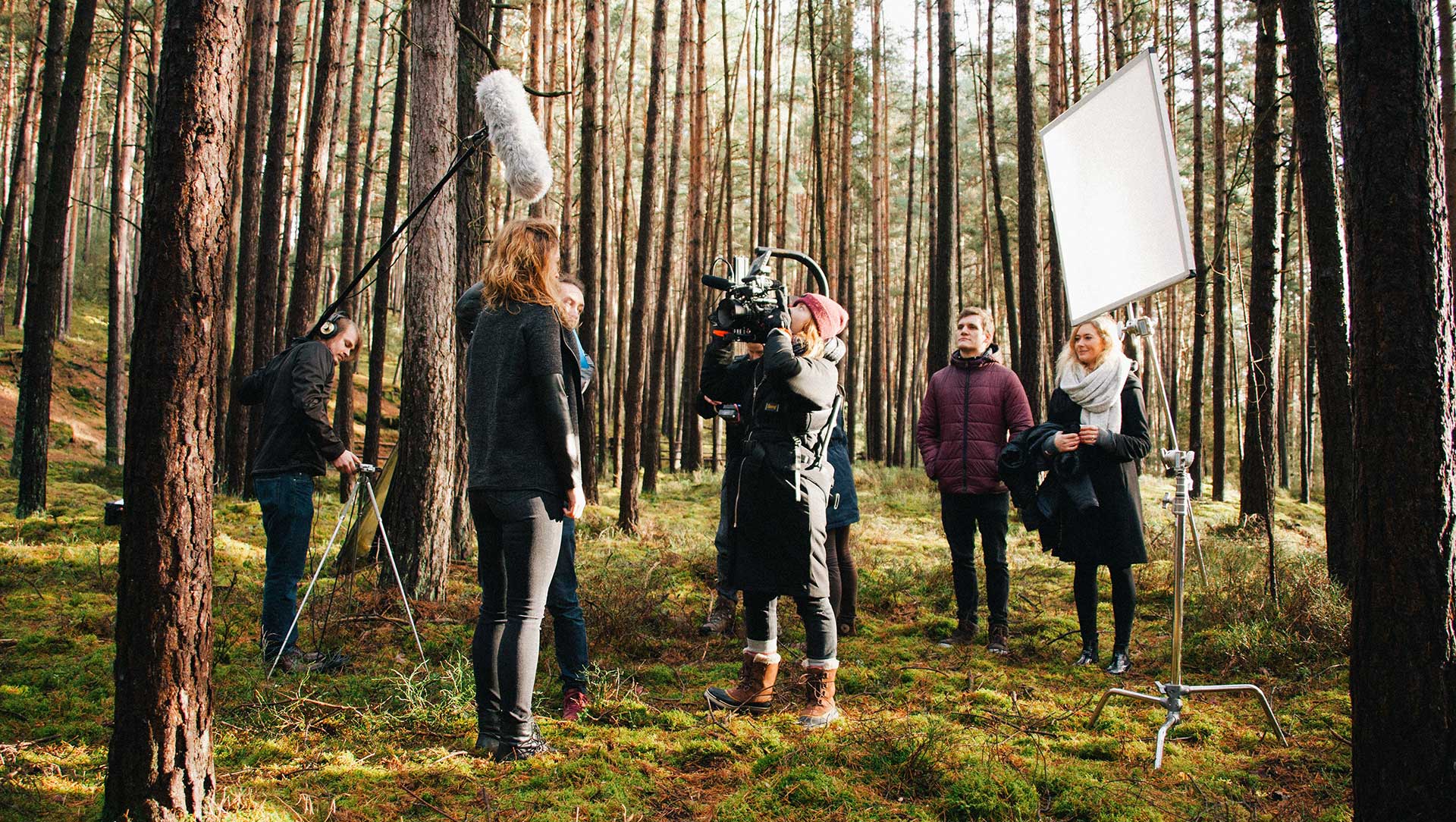 Generally speaking, working in entertainment requires a lot of stamina, especially if you work in production. Each day is a grind. Shooting days are 12 or more hours. Cameras roll from 7 AM to 7:30 PM, but many players on a production have to arrive far earlier. It’s not unusual for ADs, makeup, hair, wardrobe, and actors to show up at 4 AM. End-of-day wrap can take 10 minutes to an hour, depending on what you have to pack away. You repeat that every day for the length of principal photography. If you’re on location, add travel times.

Furthermore, the work itself is grueling and demanding. It’s physically and mentally exhausting. You’re on your feet, lifting and moving. You have to stay focused for long stretches of time, paying attention to every detail.

Sure, you get a few moments of downtime here and there depending on what you do, but there are also minutes of extreme focus where everyone is waiting on you to finish. And even when you get a free minute, it’s not like you can run an errand or make a call. You are chained to the set and have to be ready to do your job at any moment.

Oh, and that’s only if you’re working with competent people. Days could be longer if the producer provides too few days, if an actor slows everything down because they don’t know their lines or if the director is unprepared. 16-18 hours days can happen, and then you still have to show up the next morning.

Only people in their 20s and 30s have the endurance to get through all that, but the stamina doesn’t last forever. Working at that pace is miserable in your 40s and 50s. Development and post-production aren’t as bad, but they’re still much more grueling than a traditional 9 to 5.

Movies and TV are better made by younger people because it’s mostly for young people. Why? Because they consume new movies and shows all of the time. As we age, we consume less and less every year.

They say that as people grow, they have less discretionary time to go to the movies and watch TV. I don’t think it’s accurate. If that were true, people would increase their movie and TV consumption when their kids move out or when they retire. But that doesn’t happen.

I think as people get older, they get bored with the typical entertainment formulas. They’ve seen the three-act structure a million times before. They can predict the story. Occasionally something brilliant comes along, but not often.

I think people use stories to live out their fears, anxieties, and fantasies. Stories help them sort their feelings and cope with complex emotions that are hard to explain and live with. But as we get older, we need less help with that. We come to terms with the disturbing parts of the world, with the dreams that will never come true, and with our own mortality.

For that reason, older people consume less content because they need less to understand the world around them. Younger people, however, still have to settle those emotions. They still have their fingers on the pulse of those problems, so they are better equipped to make content that addresses them.

3. Studios and Networks are on Their Side

Executives are always looking for the “next big thing.” They want to ride someone’s rise to the top. Studios and networks look for creatives who might be successful and put some money behind him or her. If the project works, they bring them back, give them a little more money, and give them a project with a wider appeal. If that works, they bring them back again with a project that’s even bigger.

The studios and networks repeat this cycle until the creative implodes or becomes a monster success. Those who survive are the ones who demonstrate an ability to create content with wide demand. They take the studio/network’s formula and turn it into something fresh enough to sell.

As creatives age and demonstrate a track record of success, they tend to demand more control, less oversight, and more pay. It’s not that studios and networks abandon experienced creatives, but they definitely shift their attention to younger minds.

Aging Out is Real 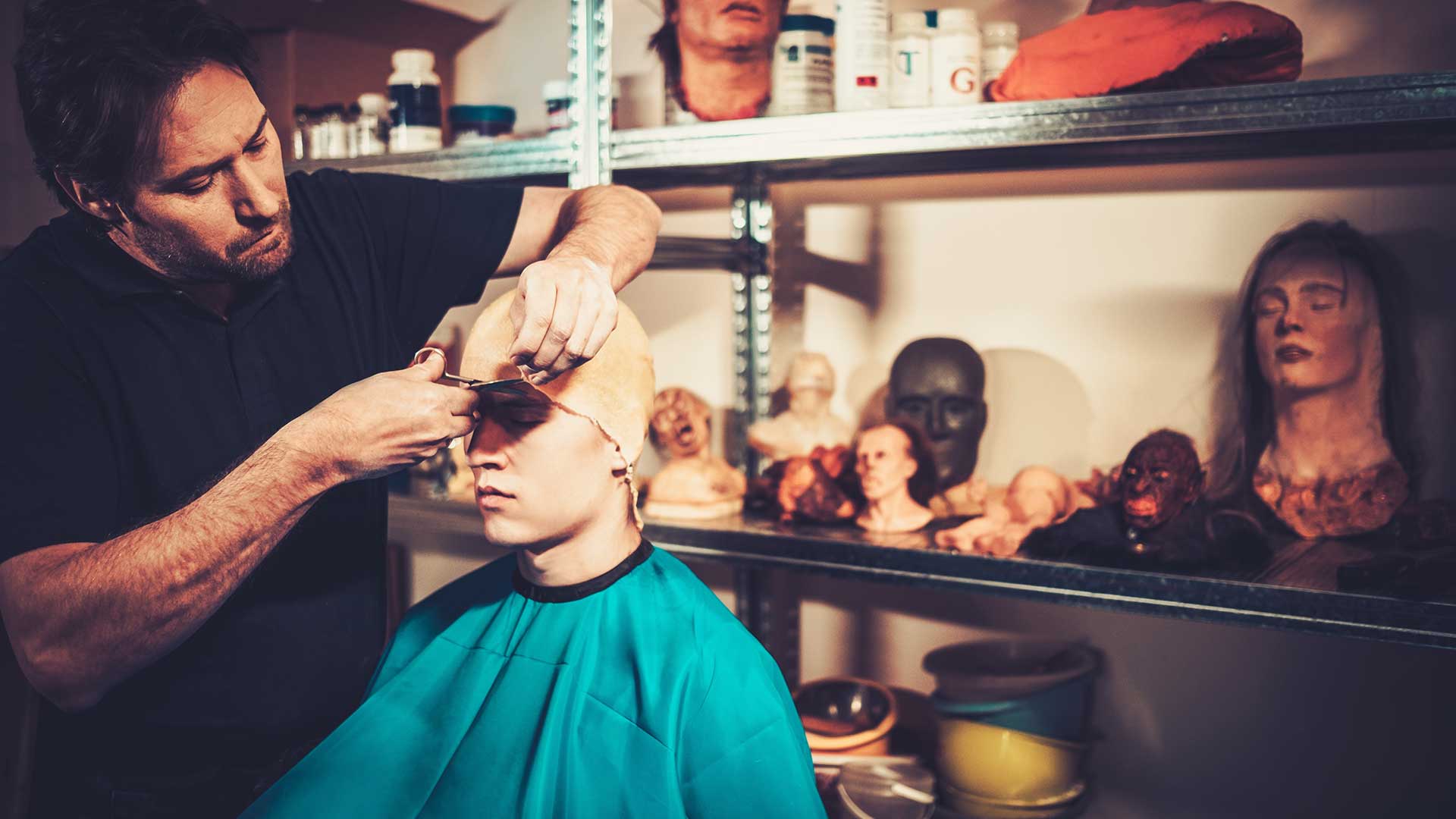 Unless you go down one of a few very specific career paths, there’s a good chance you’ll age out of the industry. As you get older, you’ll notice a definite preference for younger people. Honestly, that’s a reality for most industries, but it’s more apparent in entertainment.

The hard part about aging out of Hollywood is that you leave without any tangible skills. Most of the things you learn to do in entertainment don’t translate anywhere else.

For instance, it’s not like you can spend 20 years building sets and then transition to commercial or residential construction. They require different skills. You don’t know the codes and everything we build is designed for days not years.

And if you manage to leverage your entertainment skills into a non-entertainment job, you’ll find that the salaries do not relate at all. Entertainment pays well, especially when you consider the overtime and double time you’re almost guaranteed to get.

A second assistant cameraman schleps gear around all day and makes $48/hour (that’s more than $100K if he works 32-45 weeks/year). Where else can a 20-something make that much money moving boxes of gear? Nowhere! But when he ages out of entertainment, he’ll have no skills and a lifestyle that requires $100K/year.

I like to call Hollywood jobs “golden handcuffs” because you’re stuck in the industry as long as you’re earning big money.

Download this free guide to learn the four key steps to transition out of the entertainment industry (whether you choose to leave or your age out).
Click Here

Okay, now that I’ve regaled with the realities of age in our industry, I want to be absolutely clear about one thing: Don’t let age stop you from participating.

If you choose to work in entertainment, do it, but make a plan to get out. Build skills that are cross-industry compatible. Work until you’re 35 or 40, then go find a real job. The transition isn’t so bad if you see it coming and make a plan.

Just because it’s a young person’s business doesn’t mean it’s not worth your time or energy. Working in entertainment is a fantastic experience that I wouldn’t trade for anything. I met interesting people, built lifelong friendships, worked on creative and interesting projects, and made good money for my labor. You will too, I have no doubt.

But as you work, keep in mind that the industry will show preference to younger people. It’s just the way of the world. You won’t be able to keep up forever, so prepare yourself for the day when it makes sense to leave the entertainment industry for a new phase in your life.

Film production financing isn’t as simple as, “Here’s your money, go make shit.” If you want…

Film production financing isn’t as simple as, “Here’s your money,

An important part of producing movies - or working anywhere

4 Steps to Smoothly Transitioning Out of the Entertainment Industry

Learn the four key steps to transition out of the entertainment industry. Subscribe to receive this extra resource.