10 Steps to Deal with an Irregular Hollywood Paycheck

Inconsistent pay will always be a challenge in Hollywood. If you want to be successful, you have to plan for irregular income with these steps.

In 35 years working in entertainment, there were two years I didn’t make a single penny. One year I had a job making deep six figures. The next I made nothing. At one point I was out of work for 18 months. That particular long break was thanks to the 1999/2000 WGA’s strike threats. A lot of us spent a year or more out of work looking for a show to get on.

In Hollywood, we’re all freelancers. There’s no such thing as a consistent paycheck. Your wage is typically a function of the production’s budget, not your skill, which means your rate can vary widely. And sometimes you sit around at home working your network for open jobs and make nothing.

The trade-off, of course, is higher pay. Jobs are almost always paid better than the commensurate job similar in the rest of the world. For instance, a carpenter on a construction site might make $20-30/hour. A similarly skilled carpenter could make $30-40/hour on a TV or film set.

Nevertheless, income inconsistency will always be a challenge. If you want to be successful in Hollywood, you have to plan ahead for irregular income. I have some steps that will help.

Step 1: Know Your Past Income

Your first step is to understand your recent income. This exercise isn’t always clear for freelance/transient workers because you don’t make the same money every month. Dig through last year’s W2s and bank statements. Find out how much you really made.

Many people find this step eye-opening. They either think, “Wow, I don’t make nearly as much as I thought” or “I make way more than I thought! Where did all my money go?”

Every single person in film, TV and commercial production is an entrepreneur, so it’s important to behave like a business. You are the CEO, lawyer, and bookkeeper. It’s your job to keep the “company” solvent, which means networking, managing money, and preserving cash flow.

Do not expect an employer to solve your problems for you. I promise you no one gives a shit if you run out of cash between jobs. No one is going to hand you your next position (though opportunities will appear when you become respected).

Creating and operating off a budget is key for everyone, but especially people whose paychecks vary. (I call Hollywood income “schizophrenic” because it’s all over the place.) Yes, I know budgets are boring, but a simple spreadsheet and a bit of discipline will prevent you from being cash poor and contemplating parental basement living or couch surfing.

Your budget should be realistic, not barebones. Some people craft budgets so tight that they’re doomed to fail. You probably don’t want to live in a one-room studio where the bed is four feet from the toilet. You’re going to pick up takeout once or twice a month. A Netflix and Amazon subscription are basically unavoidable at this point.

Don’t be stingy here. It’s better to be conservative with your numbers to avoid falling into debt, or worse – moving back in with your parents. Make sure to include expenses related to finding work. Will you have to lunch, dinner coffee, movies, etc? Will you have to buy tools or equipment?

It’s also important to know how long you’ll be working on a particular project. Whoever hires you should give you a pretty clear idea about how many days and weeks you will be paid for. However, don’t forget that the producer or financier can pull the plug and send everyone home anytime they like. This doesn’t usually happen once principal photography starts, but it can.

One time I was hired to work on a Disney project. I flew to Miami where the coordinator met me at the airport and handed me two days pay and a plane ticket back home. The project was cancelled while I was in the air.  Not at all common, but it can happen.

Look ahead for one-time expenses that might surprise you. Do you have a child’s tuition payment coming up? Will you fly to an overseas wedding? Will you need to put a down payment on a new car sometime this year?  Etc, etc, etc.

Here’s the biggest piece of advice that will protect you from Hollywood’s schizophrenic income cycle: You need six to eight month’s worth of expenses at all times to cover the periods when you don’t have any income.

There will be periods of $0 income. This is not an emergency fund for when the water heater breaks or when little Susie needs sudden dental work. This is a cash reserve you will tap into and replace multiple times throughout your career.

Keep this money liquid, preferably cash. Don’t tie it up in stocks, bonds, or other securities that might take time to sell. If your cash store depletes, rebuild it with whatever overtime or meal penalties you collect.

Step 6: Get Into Your Vertical’s Cycle

Each Hollywood vertical has some kind of cycle. If you pay attention closely, you’ll see a pattern over time.

For instance, TV shows use a yearly cycle that’s based in part by studio fiscal years and partly by the traditional seasonal airing schedule. They hire writers in May or June. They start hiring crew in August, shoot September to late-December, take a short hiatus for the end-of-year holidays, and pick back up in January. The number of episodes determines the length of a production, but they generally wind down by March. Pilots for new shows or mid-season shows are shot in March and April, then everyone breaks for the summer.

In this case, everyone is looking for work at the same time. If you aren’t on a show by Thanksgiving, you probably won’t get work until mid-January. Competition is fierce and people don’t leave the vertical often.

It also means that respected and liked people who perform well get hired again and again. If you can get into the cycle, you can get consistent work. In TV, it’s not impossible, or uncommon, to work 40 weeks/year with a six-week summer gap.

Other vertical cycles aren’t so clear, but you’ll see patterns once you get involved. Learn to leverage the cycle to your advantage to create consistency.

Step 7: File for Unemployment the Day You’re Laid Off 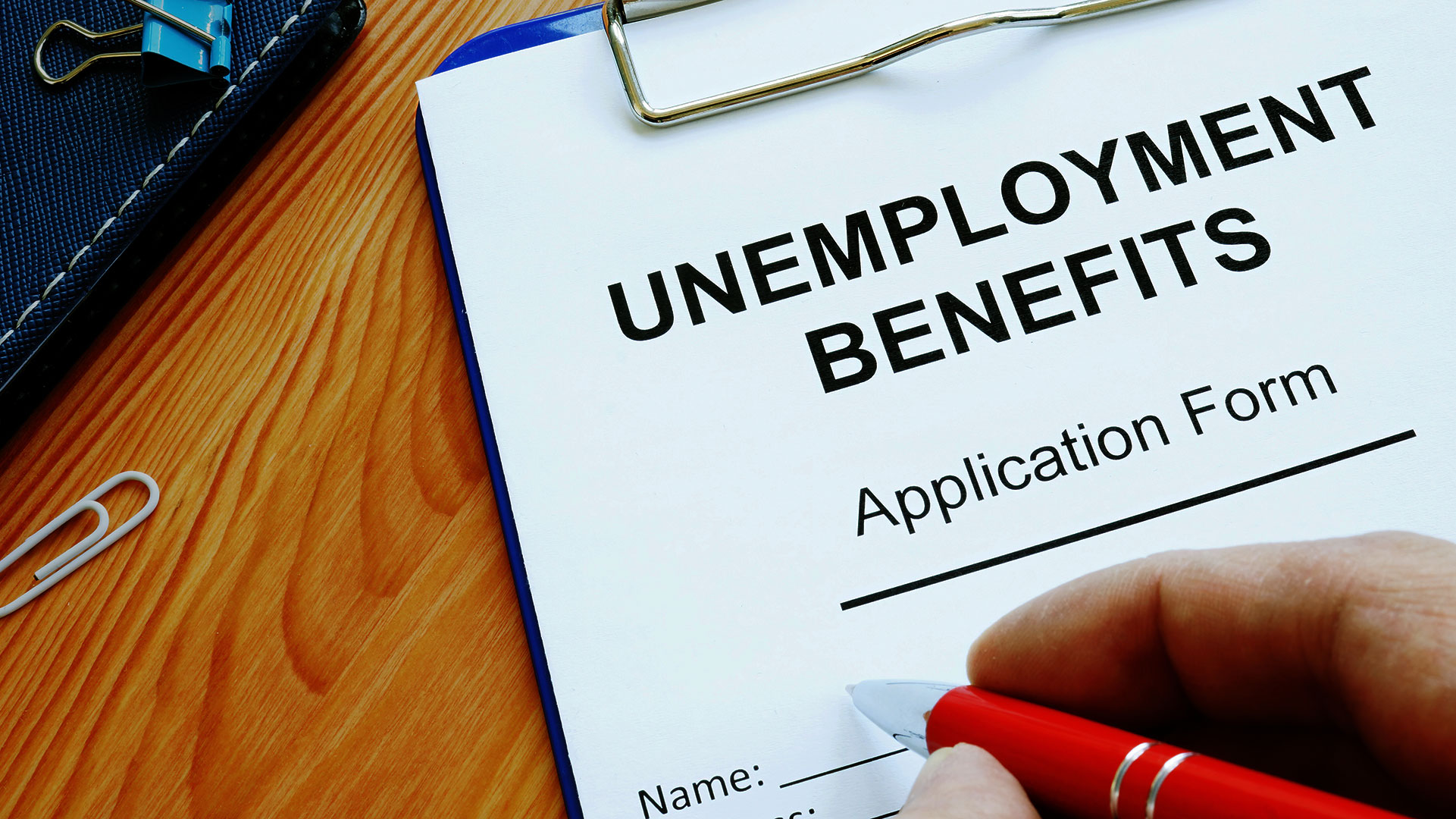 Whenever you get laid off from a job, the very first thing you should do is file for unemployment. This is free money. You paid into it. You are entitled to it. There’s no reason you shouldn’t take it.

Some people say, “I didn’t bother to file because I wouldn’t get much.” So what? Every penny contributes to your cash flow, whether it represents 90% of your expenses or 9%. You never know how long you’ll be out of work. Don’t turn down free money.

Step 8: Add New Jobs to Your Credits Right Away

Everyone who works in Hollywood should maintain a list of their credits at all times. The moment you get hired for a new job, add the show you’re on to your list. You want this document as current as possible so you can send it out a week or two before a job ends or the moment you get laid off suddenly.

If you make a little extra money in a year, divide the surplus into thirds: Put one third in your cash reserve (more on this in a minute), put one third into your retirement account, and spend one third on whatever you want (you have to live a little or all the work will feel pointless).

Step 10: Get Financial Security Relative to Your Income

Just make sure you avoid the big mistake I see people making all the time in this town: Don’t spend all your money on useless bullshit to compete with other people!

If you make $50K/year, you can’t afford a Mercedes and a new $1,200 Gucci bag each month. You don’t need lunch dates at $200/plate swanky restaurants. You don’t need to drape yourself in $800 worth of clothes for an audition.

If you spend a lot of time in Los Angeles, you may be struck by the urge to compete with other people by showing off your wealth. Avoid this. It doesn’t help your career. It just makes you broke and adds unnecessary pressure to your life.

As you can see, surviving with irregular income requires a lot of planning ahead. You need a comprehensive view of your finances at all times. And you need to be able to project how you will spend money in the future.

If you plan well and spend conservatively, you’ll have plenty of cash to get you through the lean times. This will let you take the jobs you find interesting, rather than jumping into anything that pays.