Film School Isn’t the End of Your Education

Successful people in entertainment know how to innovate in an industry that resists change. You can’t become that kind of person through film school.

Here’s something I see all the time: Some kid graduates film school and thinks he’s hot shit. He gets a job somewhere in Hollywood and immediately starts pissing people off with his arrogance. “I have a better idea,” he says, “because I studied that at [insert some film school no one gives a shit about].” She doesn’t realize that her ideas are basically facsimiles of other stuff. She has no idea how the industry works.

Then the kid gets a job and realizes no one gives a shit about his ideas. They tell him his ideas are crap. If he falls into a good idea one day, people will shit all over it, but then it will mysteriously appear somewhere without giving him credit. It’s technically not stealing if the kid is being paid or working for the show, but it’s still shitty.

If that kid’s arrogance has longevity, he’ll piss off a lot of people and quietly disappear from the industry one day. But if he learns how to take his hits, act confidently (but not too confidently), and produce good ideas regularly (while letting his seniors think it was all their idea), he might get a seat at the table.

Film school is great at producing a cohort, the majority of which are, elitist, arrogant, semi-creatives who don’t really produce innovative and interesting ideas. It molds them into a bubble of what the industry is doing right now, but leaves them ill prepared for the future. They become sheep who only emulate the past; copycats (calling what they do an “homage” – what horseshit).

People who succeed at high levels in entertainment know how to break the mold and change the model. They work the system and innovate in an industry that resists change. Sadly, you probably won’t become that kind of person through film school, so it isn’t the end of your education. 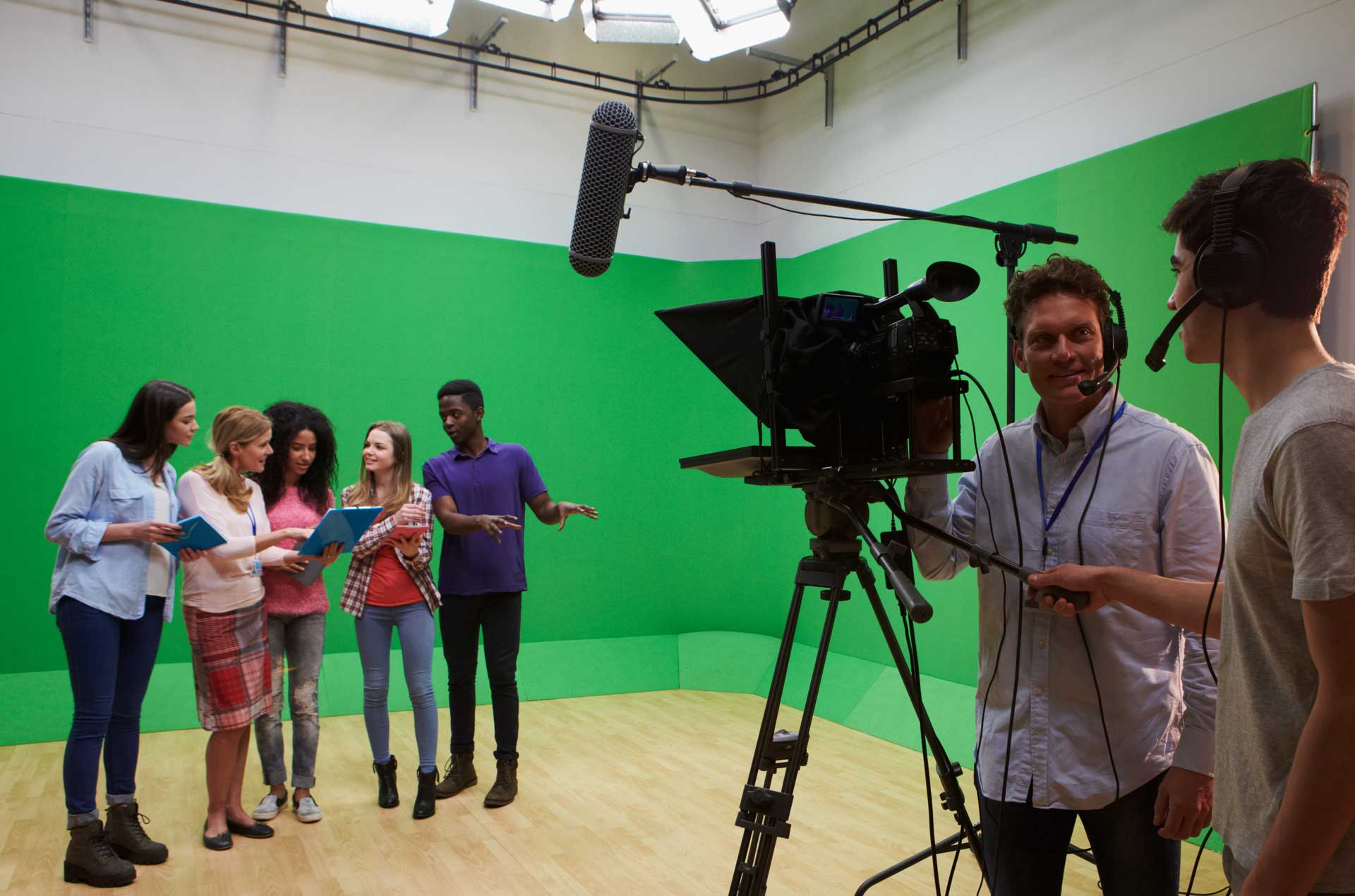 The future of the entertainment industry will be remarkably different from the past. The change has been happening slowly over the last decade, but the transition has been accelerated by COVID-19. I’m not talking 10 or 20 years. I’m talking 12-18 months.

What will the future look like? It’s hard to be sure, but I guarantee we’ll see more direct-to-consumer models. Residuals are smaller than ever. Back end participation is basically nonexistent. Content creators will find ways to cut out the studios and distributors.

The future will involve a lot more tech, as well. We’ll need distribution systems to get content to consumers quickly, platforms to host and share it, and who knows what else. We have to figure out a way to deliver content to consumers so we can sell tickets without a tech douchebag like YouTube taking half. There will always be costs, of course, but we should only permit costs we can control (marketing, infrastructure, staff, etc.).

Comic book king Stan Lee is a great example of this mindset. When he started out, comic books weren’t as profitable and ubiquitous as they have become. He built an empire out of his ideas and characters. He surrounded himself with creative people, made unique content, marketed it, and sold it directly to consumers. He was an entrepreneur, not a worker. That marriage of creativity and entrepreneurship is what will make you successful in the future of the entertainment industry.

Film school doesn’t prepare new filmmakers for this kind of environment. Film school will teach you how to turn an idea into paper and eventually motion picture, but not how to navigate the upcoming challenges. Honestly, it can’t, because we aren’t completely sure what that environment will look like.

If you’re considering enrolling in film school now, understand that it may teach you about an industry that doesn’t exist by the time you graduate. You’ll still need to learn how the industry works and its language, how to shed your arrogance, and how to generate revenue to finance projects.

Is Film School Worth It?

Eh. It’s hard to say. I definitely do NOT think you should spend $100K or more. Film school is a waste of time unless it’s free, cheap, or someone else is paying for it. If you have wealthy parents who can afford to drop the cash, go for it, but don’t take on debt yourself.  Student loan debt is the career killer for young filmmakers who will make very little money at first.

That said, film school may be worth the price if you go to one of the big four: UCLA, USC, NYU, or AFI. Those schools don’t just sell educations. They also sell networks. You’ll walk out knowing key people in the industry. In fact, they even have little end-of-the-year festivals where alumni come to discover talented graduates. Your degree can get you in some meetings, especially with alumni.  That does have value.

But generally speaking, however, film school fails to teach the reality of the industry. All the shit you learn in film school can be learned anywhere else. You can watch YouTube videos to learn how to light a room or block a scene. Those skills can come from anywhere.  Film school just distills it down to a few dudes who teach it.

The biggest failing of film school education, in my opinion, is a lack of focus on entrepreneurship. They teach you how to make content, sure, but that’s just a small piece of what you’ll do in the industry. Knowing how to amass resources and work with people can only be learned on the job.

A well know award winning writer (who shall be nameless so I don’t reveal his technique – call him “Ron” for this example) comes to mind here. Ron is a screenwriter, director, and producer known for adapting popular novels. He had a brilliant method of pitching films to studio executives. He would open with a vague idea without specificity and let the executive throw out their own ideas. At the end, the final pitch incorporated the executive’s contributions. The executive would think, “This is exactly what I’m looking for! You nailed it! I’ll buy it right now.”

Is it manipulative? Yes, but it’s also smart and collaborative. No film school will teach a skill like that, yet that skill is responsible for lots of big, popular movies and hundreds of millions of dollars (maybe even billions).

To be clear, Ron’s method of meeting with studios hat-in-hand looking for financing is the norm. His method of getting others to buy-in to his ideas is invaluable. 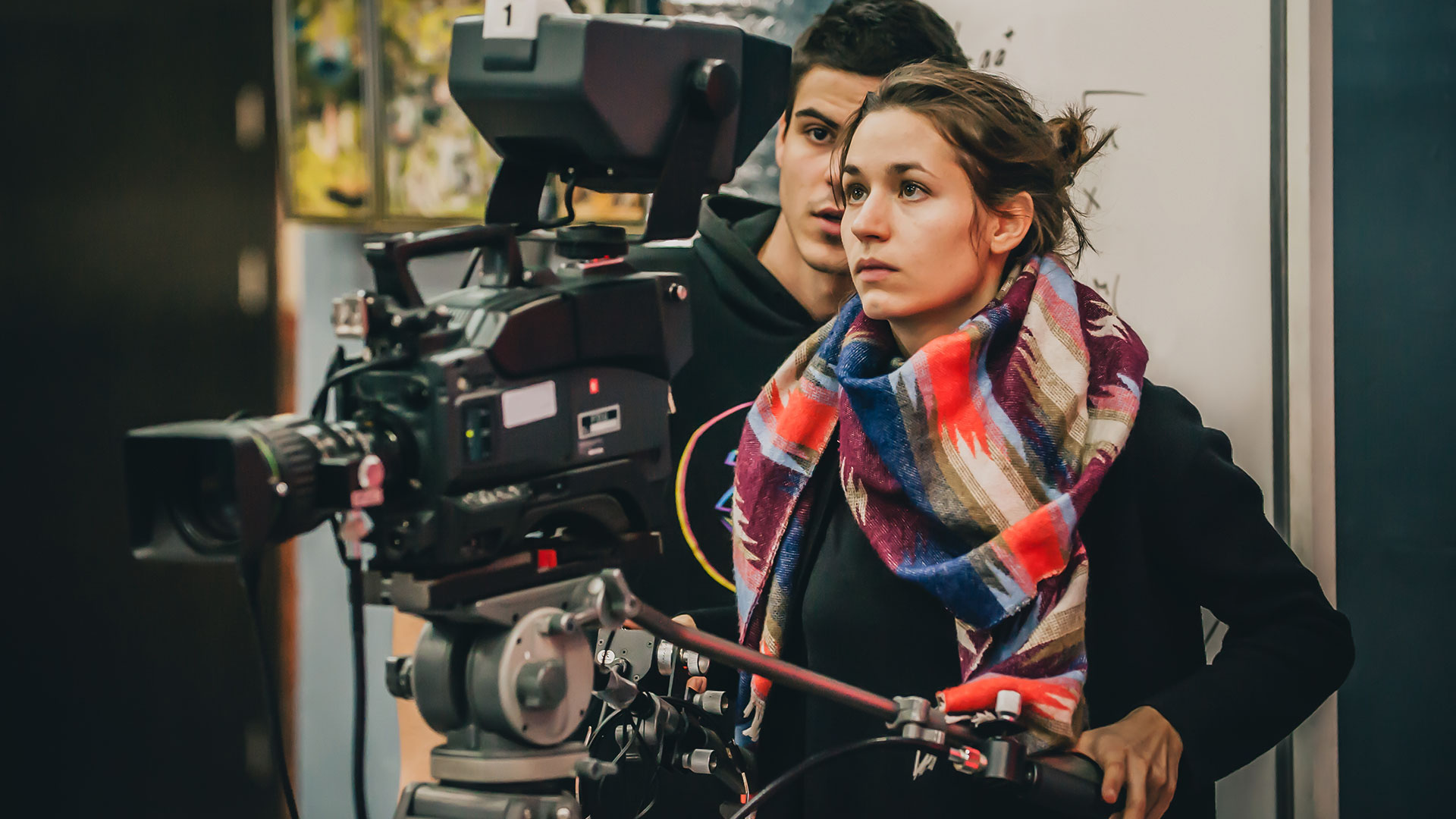 So if film school isn’t sufficient, where can you get a real education?

Practical experience is invaluable. Sure, school is a safe place where you can fail without serious consequences, but the pressure of working in the trenches – where a fuck up can cost you your income – is the kind of pressure that forces you to grow. It’s also the kind of pressure that could make you realize entertainment isn’t the right industry for you, and that’s okay too.

Working forces you to be creative. Sean Baker made TANGERINE on his iPhone because that was the tool he had. He innovated, got creative, and probably learned more during that project than film school could have taught anyone. That project, which was remarkable, led to projects with more tools and bigger budgets.

If you’re a creative, I recommend entering lots of competitions. As many as you can afford, even if they’re shitty local festivals. Use your performance in the festival as a benchmark of your skills and ability to create quality content. Don’t use festivals to have people stroke your ego. Use them to learn.

Mentorship is important as well. A mentor will shortcut a lot of the learning curve and help you navigate the industry. They will show you the right steps to take that can move your skills and your career forward. And if they can’t help you directly, they will teach you how to surround yourself with the right people, and even introduce you to some.

But your mentor isn’t someone you attach to like a barnacle. I had 10 or 12 mentors throughout my career. Some came from Hollywood. Some came from other industries – tech, marketing, etc. Meeting people is key. Don’t work with, at the beginning of your career, the same people over and over. Broaden your network early. Don’t marry yourself to any personality too early. Play the field. Date around. Connect with people who understand how to be successful in the current and  future of the entertainment industry, not the past.

Let me just be clear about something. I do not think education is bad for you. It’s never a bad idea to gain more knowledge. There is plenty you can learn in film school.

But just because you finished film school doesn’t mean you are finished learning, at least if you want to be successful. Film school is only part of your education. If you keep your ears open, ask lots of questions, and listen to the advice of successful people, you will do well in the entertainment industry.

And most importantly – DON’T burry yourself in debt.  That money is better spent making movies or shorts that will develop your skill and demonstrate what you can do to buyers.

How to Utilize a Mentor to Advance Your Hollywood Career

These tips will help you get the most value out of your relationships with mentors. Subscribe to receive this extra resource.