Fraud in Filmmaking: What It Looks Like and How to Protect Yourself

There are con men looking to steal from filmmakers and investors. In this article, I want to help you understand what fraud looks like and how to protect yourself.

There’s a certain amount of fraud in filmmaking. You can’t stop it all. It just happens. But we can take steps to minimize it.

Petty theft is along the lines of a set decorator buying himself a soda with petty cash. That’s technically larceny. He’s supposed to eat and drink off craft services or buy his own shit.

But I’ve seen plenty of serious theft as well. In one case, a producer tried to submit a receipt to have a car painted. The production didn’t require any car painting, so I raised a flag up the chain. He was trying to expense the cost of painting his own fucking car. That’s flat-out stealing.

And that was on a studio film where every dollar is watched closely. I’ve never seen more fraud in my life than when I got into private equity and started dealing with Wall Street dudes. Those big piles of money are targets for assholes who can’t help themselves.

There are con men everywhere looking to steal from filmmakers. They want to be part of the process, but they don’t actually contribute anything. They see a complex deal happening and think, “I bet I could squeeze some cash out of that.”

In this article, I want to help you understand what fraud looks like and how to protect yourself.

There’s a certain amount of fraud in filmmaking. You can’t stop it all. But we can take steps to minimize it. Click To Tweet
Free Download: When to Walk Away From a Bad Film Investment Deal
Click Here

First, let’s talk about private equity deals. This will give you some context.

Most PPMs are pretty standard documents. It creates an LLC with members (investors) and managers (filmmakers). It articulates what the filmmakers will do with the money, how the money will be spent (the business plan), and how it will be returned to investors. It also includes some other points:

In most PPMs, the payment structure works like this: Investors contribute cash to a production company. At that point, the filmmakers control how the money is spent, how creative, crew and distribution deals are made, and how income is distributed back at the end (if there is any).

After operating costs, investors should receive their initial capital investment plus some kind of premium (usually 10%) from dollar number one. In some cases, there is a deferred payment pool for participants who opted to be paid later. For example, Writer takes $100K now and $500K after capital is returned to investors if the film makes money.

I’ve summarized, of course. PPMs aren’t identical. There’s plenty of variation because they aren’t regulated like, for example, a Reg D security or a security on an exchange. But that’s the jist of it.

How is money split after capital is returned? In many private equity deals, I constantly see it split 50/50. Half for filmmakers. Half for investors. This is BULLSHIT and, quite frankly, it crosses the line into thievery, in my opinion.

There is no studio, network, or OTT on the planet that will offer the filmmaker 50% of anything. No matter fucking what. Never gonna happen.

Most filmmakers are paid flat fees. If they get participation, it’s net participation, which means nothing, as I’ve explained. Some filmmakers and actors get a portion of the gross, but we’re talking about people like Jason Blum, James Cameron, Gal Gadot, Tom Cruise, etc. It’s usually single digit gross participation. Maybe 5%, can be as much as 20% (rarely).

Private Equity films don’t happen unless you put up the cash. You’re taking ALL the risk! You deserve an overwhelming portion of the return. Don’t ever agree to 50% of waterfall revenue. That’s not enough. Investors should get paid from the first dollar and receive 90% of all revenue earned, minus a few operating costs. Distribute the other 10% to participants, however the parties (mostly the investors) decide, but if you’re investing in film, you make the money.

Oh, and pass on any deal with deferral pools, too. It’s just a way for people to get paid before the investor, which is bullshit. If you want to incentivize them, give them a small portion of company’s gross. If they can get a better fee somewhere else, let them.

Furthermore, beware of anyone who wants to be paid to raise money on your behalf. I’ve never seen a filmmaker pay money to bring people together. You should never be insulated from the money people. If you can’t speak directly with the person or people who write the checks, you’re being scammed. Plus, failing to ensure that investors fit state and federal guidelines for qualified investors is actually a crime. If those people are linked to money laundering, tax evasion, or terrorist activities, you could go to jail too, even if you didn’t know.

Now that you understand what a reasonable deal looks like, let’s talk about identifying fraud. 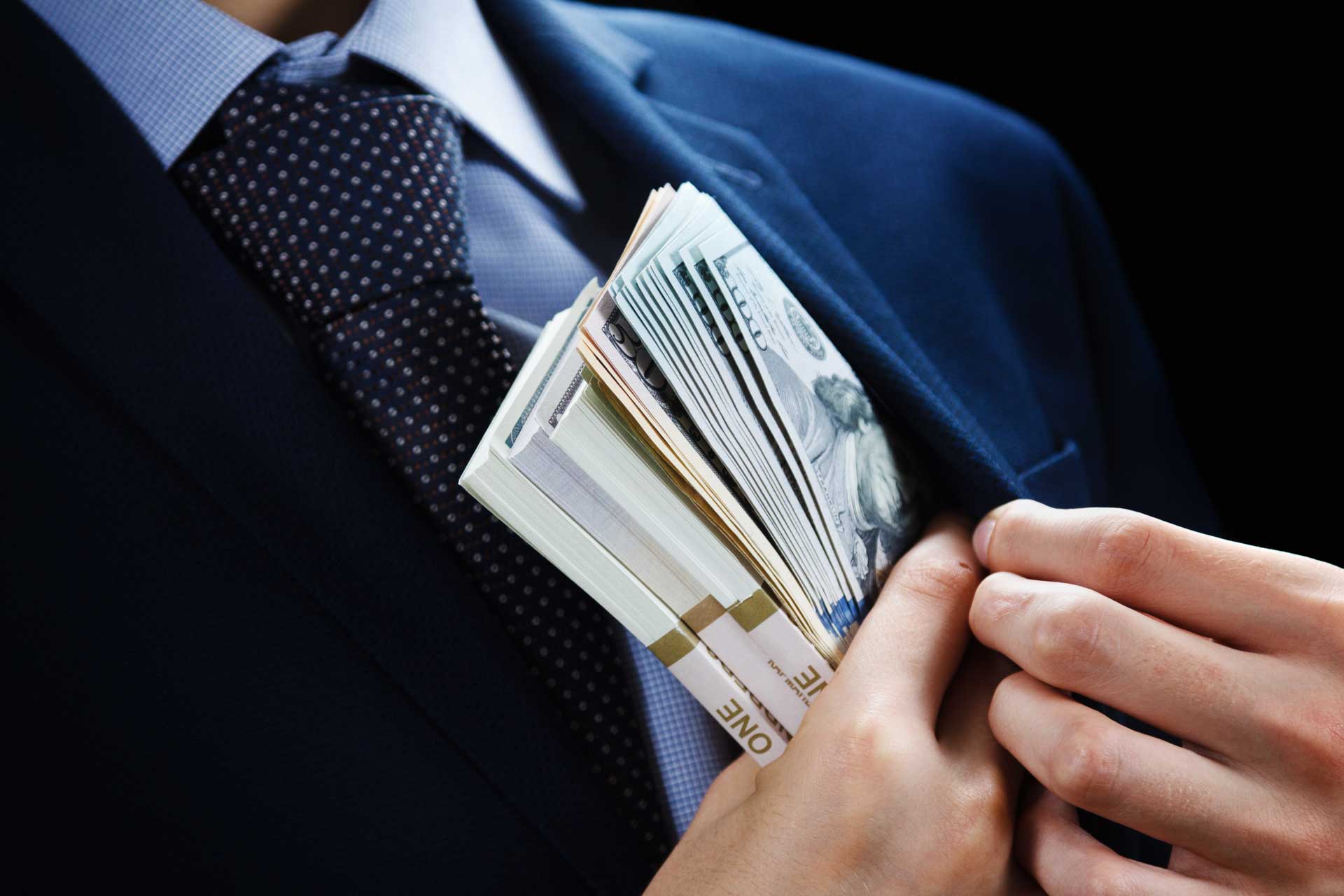 Like I mentioned earlier, fraud comes in countless forms. It doesn’t fit a pattern. There’s no simple test for it. The easiest way to identify fraud is to pay special attention to anything non-standard about your investment deal. If something is unusual, make sure you are absolutely clear why it needs to be done that way.

In one case, a guy came to me (when I was at Mandalay Sports Action Entertainment) offering a PPM so complex that it didn’t make any sense. It was structured with three layers of debt and a complex insurance wrap on a $20 million film. As we moved forward with the deal, it came out that we had to pay this guy a bunch of money just so he would go out and raise money for us. Bullshit. Don’t pay money to people to raise money. That should be free.

In another case, a kid came in with a standby line of credit from a bank. His documents had the bank’s logo and looked legit. When I called the bank to corroborate the document, they told me it was fraud. Turns out this kind was using the letter as a trap. He was using the letter as “evidence” that there was already money on the table in order to convince investors.

By the way – these kinds of letters of credit never turn into real dollars. In my experience, they’re all full of shit. A president of an entertainment bank once told me to ignore them. These letters are mostly traded between big organizations and governments, not Joe Schmoe on the street investing in movies.

And in another case, a Wall Street guy told me my “money raising days are over.” Then an agreement came that required us to write a $5,000 check for his services. After hiring a private investigator, we learned that he was recently released from jail (on a fraud conviction) and he got caught stealing from old ladies over the phone while he was in jail. He was never going to raise any money for us.

In all of these examples, I examined the unusual parts of a deal and spent a little effort digging deeper until I found the bullshit. This is simple due diligence.

Once you give money to a production company, the only way to detect fraud is to watch every penny. Studios know how to do this well. They insert their own line producers and accounts to watch the cash and make sure no one is spending money on unnecessary shit. You should do the same by following these steps.

What Do You Do if You Discover Fraud? 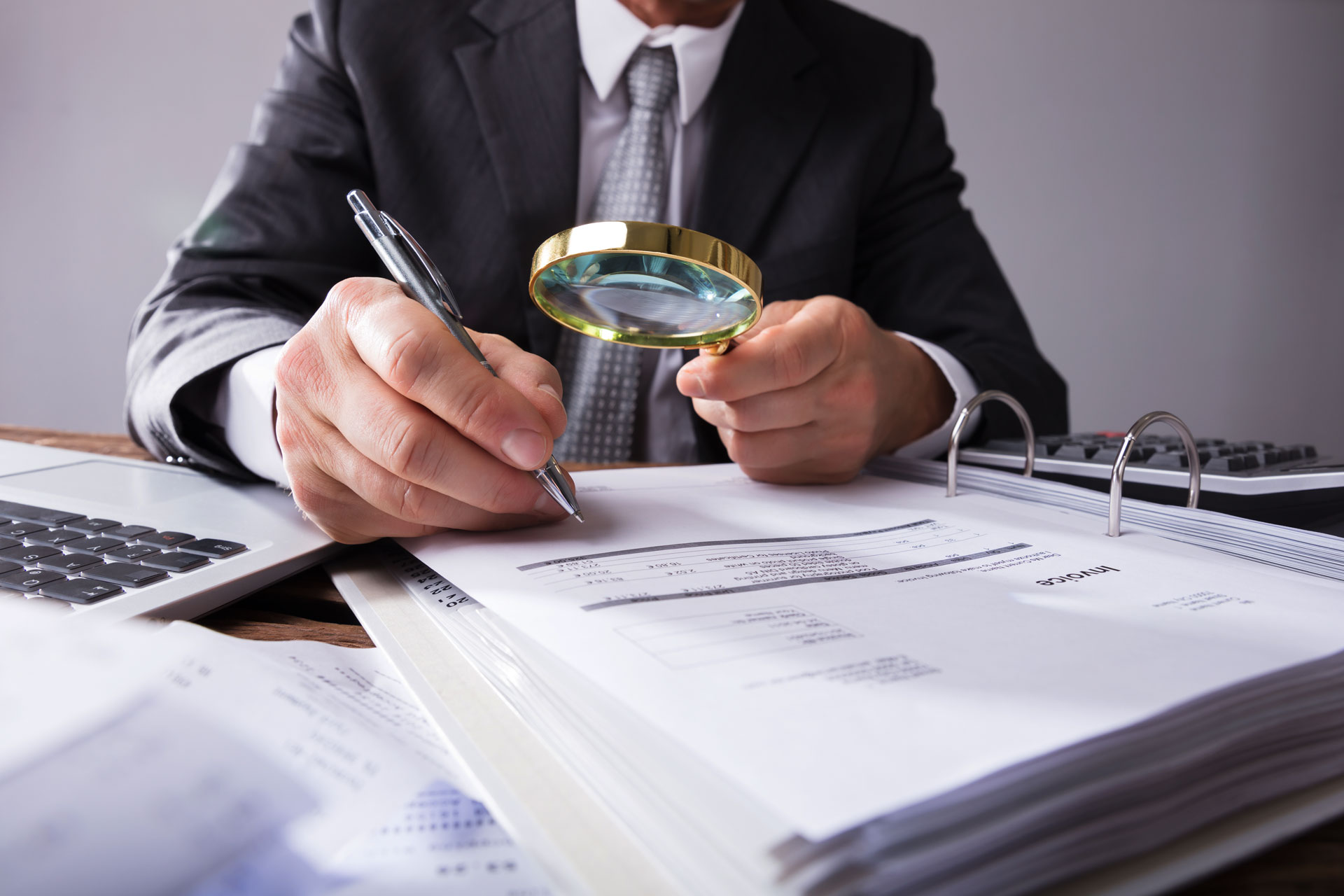 If you discover someone working for you is committing fraud, you should fire the asshole and call the police. At Disney, I once had to call the cops on a teamster who was spending petty cash like it was his own money. They hauled him off the production in handcuffs. Then cooperate with law enforcement however you can to pursue their conviction. Don’t tolerate that crap.

If you think a fraudster is trying to ensnare you into a bad deal, just ignore them. You don’t owe them any courtesies. Eventually they’ll realize you caught on and leave you alone. I don’t recommend taking any aggressive steps toward revenge in these cases, however. Who knows what they’ll do. I’m not confident they’ll be peaceful.

Most importantly, learn your lesson. Why did a fraudster identify you as a target? Did you display an ignorance that they found attractive? Did you fail to identify fraudulent behavior that encouraged the fraudster to pursue you?

Think you have a bad film investment deal in front of you? Here are some signs it’s time to walk away.
Click Here

As you probably guessed, identifying and protecting yourself against fraud is challenging. You are only truly safe if you have years of experience in the industry; if you have a Spidey Sense that tingles when something isn’t right. It’s important to have an advisor or mentor in your corner who can look over your deals and help you spot trouble before you walk into it.

If you have any inclination toward investing in film, TV or web production, we want to help – click the link and watch a short 20 minute video about how we manage investing and then book a call to talk to one of us.

We make a list of credits in film production! NOT a…

When to Walk Away From a Bad Film Investment Deal

Here are some signs it’s time to walk away from a bad film investment deal.