The first film I ever saw in the theater was 101 DALMATIONS back in 1971. It was raining when I entered the Fox Fullerton Theatre. When I came out, the ground was still wet, but the California sky was mostly clear and the sun was setting. It felt like a rebirth.

I knew from a young age that I would work with film in some way. Then – and still now – the idea of sitting for 90 minutes in the dark with complete strangers to watch a film is magic to me.

My mother and father were both entrepreneurs. They expected me to go into one of the family businesses, but I didn’t have any interest. I wanted my work to be a part of the movies.

See the V-Blog:  Hollywood Can be a Swamp, But I Love It!

Few people know what it’s like to walk on a movie set. It’s a place where ideas become real; where people manufacture stories and relationships. Words on paper become sets, costumes, light, and sound. It’s still fascinating to me.

But it’s also a swamp. It’s opaque, complex, and dangerous. You can’t see what’s under the water or around the corner. Sometimes its inhabitants are devious and sleazy.

Hollywood is a swamp. It’s opaque, complex, and dangerous. You can’t see what’s under the water. Click To Tweet

As I see it, there are two types of sleaze in Hollywood: The Intentionally Sleazy and the Opportunistically Sleazy.

The Intentionally Sleazy are sleazy all the time. They convince crew to work for free “to start your career” or “to make connections.” They embellish and lie to new investors. They actively look for ways to screw other people.

In one instance, I consulted for a movie filmed in North Carolina. A producer on that film pocketed a tax credit that should have been returned to the production company and it’s investors as a reduction of expenses or income. But since that language wasn’t explicitly clear and the state wrote the check in her name (because she applied for the credit in her own name), she took the cash – hundreds of thousands of dollars. As far as I’m concerned, it was theft, and those investors should have sued her and pursued criminal charges.

The Opportunistic Sleazy, on the other hand, are your best friend before and during production. They say things like “We love working with you” and “We’ll make so many movies together.” They kiss your cheek and your ass a lot. When the show is over they will say, “kiss, kiss, we’ll work again” – it’s fucking nonsense.

Both are just run-of-the-mill assholes – they turn into sleazebags as soon as the money starts coming in and an opportunity presents itself to keep more than their share. They resist writing checks and suddenly dispute the definition of “net” in a participation agreement.

My favorite example of Opportunistic Sleaziness is one case where a film company paid a foreign tax that was rebated back on the tax return. The producer claimed the tax as an expense to reduce the net, but did not include the credit, so the other participants would not get any downstream income, even though the company claimed the credit on the tax return.

I’ve seen studio employees do sleazy shit for absolutely no reason. They rarely get paid more for squirreling money away for their employer. They don’t participate in any profit share – they get a salary! Why do they behave so poorly? Because they’re in a position of power and they can. 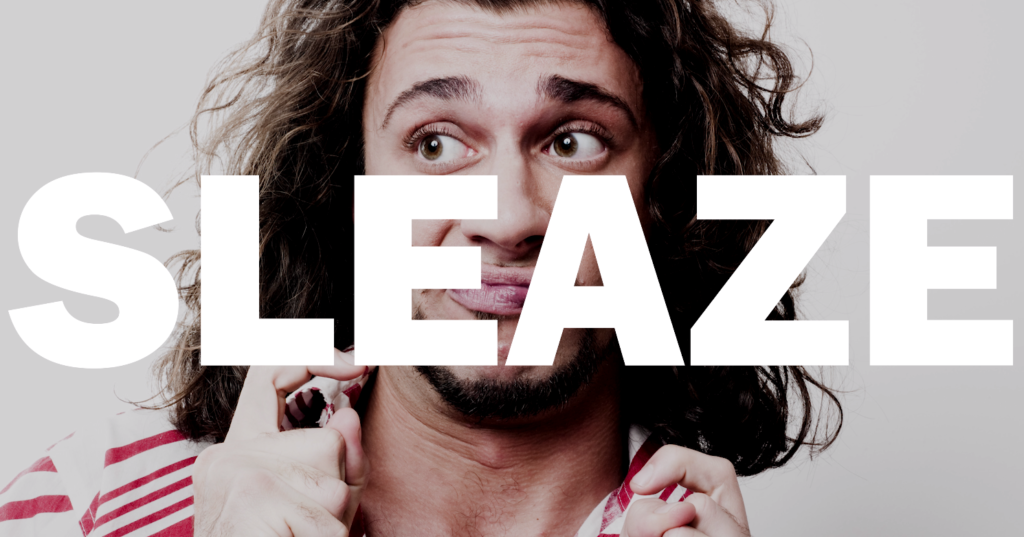 Besides the sleazy people, Hollywood as a whole is openly dishonest about its image. It has a forward-facing facade that hypes the art, the passion, and the importance of its place in pop culture. Hollywood’s creative geniuses behave as if they are changing the world.

But it’s all bullshit.

At the end of the day, Hollywood is about commerce. The big ideas are great, but only if people buy them. If there’s no market for a director’s vision, then his “moral imperative” is worthless.

That isn’t to say Hollywood is devoid of good ideas. TV and film can create an impact. It can make people happy or make them think differently about something. It can plant a seed in their head that grows subconsciously over days or months or years that one day might turn into positive action.

But those good ideas have to be wrapped in sales. Projects have to make money first. Behind the screen is a business that employs a few hundred thousand people. Those people don’t give a shit about the message or moral imperative. They care about getting the job done and making sure they don’t get yelled at so they can work on the next show.

It’s not that I think business is shifty. Business is what it is: Emotionless and profit-seeking. But commerce masquerading as art is pretty shady. 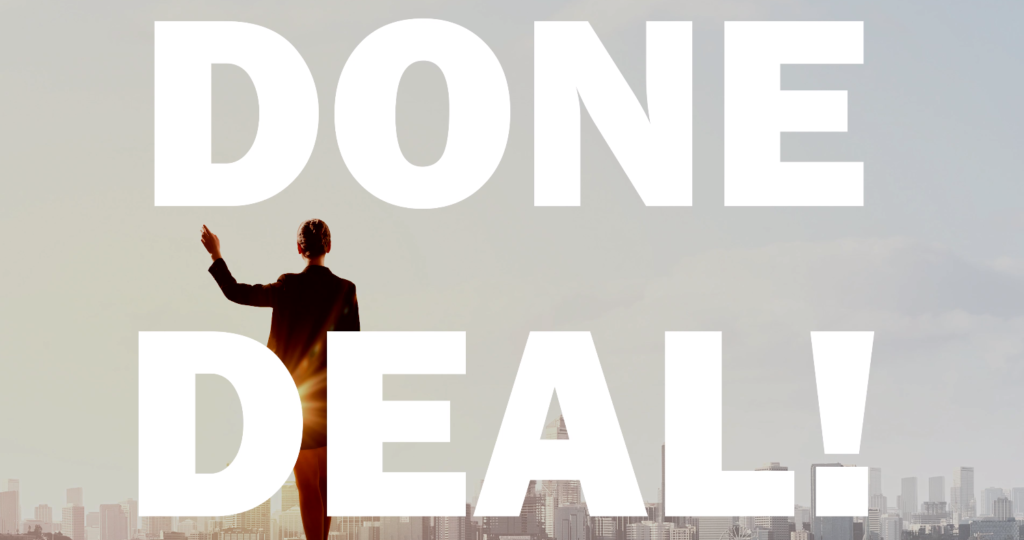 The distributors make the bulk of the money in this industry. They don’t make all the money, but they take the lion’s share of it.

It’s not necessary to own a copyright to exploit a movie and make money. If you pay the filmmaker a minimum guarantee and cover the marketing, you can license any content. (Actual distribution is dirt cheap these days now that everything is digital. Filmmaking with direct to consumer marketing has never been more accessible or less expensive than it is today.)

Miramax is a great example of a company that just licensed content in its early years. Originally, they just acquired the rights to distribute content. They would pay for the right to distribute and exhibit content and make money from subsequent sales. It was a long time before they began making their own stuff.

So the distributors with licensing rights hold all the power. They don’t have to create the content. They just need to own the right to exploit a title for some period of time, in some territory, to make money.

This is frustrating for a lot of creative and hardworking people who make incredible things, but don’t own any of it. A producer creates for or sells content to a distributor, who sells it to an exhibitor (theater, Netflix, etc.), who sells it to the consumer. That cycle puts the filmmakers at the end of the chain when it comes to making money on the “back-end.” The distributor pays to have content made and collects from the exhibitors and then sends the profit, if any, to the filmmakers.

Controlling (not necessarily owning) copyright – the main thing with business value – is the key element to focus on if you are looking for money to make your film or looking for the next job.

Generally speaking, it’s a bad fucking idea to work with people who don’t have enough money to pay creatives and crew a decent wage. And when I say decent, I mean 2-4 times the national average on a weekly basis.

A Swamp Propped Up by Lies

If I could change one thing about Hollywood, it would be the lies.

I have said, what we do has no copyright protection until we create it. Until we make something, we only have ideas. And ideas get ripped off all the time.

So if you have an idea, you have to build some interest and momentum. That momentum only comes from people with power (actors, directors, showrunners and to a small extent, writers).

What ends up happening? The lies percolate down. They get distributed to people who are young and new to the business. They learn that lying and deceit are effective ways to move a project forward, so the problem perpetuates itself.

I wish the lies weren’t necessary, but I understand why they exist.

But I Love This Swamp

Enough bellyaching. As much as I complain about Hollywood, I absolutely love it.

First, it’s a town full of entrepreneurship. There are only 500 executives in Hollywood (1,000 at the most) who take a salary. Everyone else is a freelancer. We’re constantly looking for work, but that’s a good thing, as far as I’m concerned.

It means we control where we work. We can pick our projects and our career path. We can choose the jobs that satisfy us.

Second, Hollywood is a puzzle. It’s cryptography on steroids that’s constantly changing. We work every day trying to make it all fit together. There’s no directory of possible companies you can work for. There’s no clear path from one position to another. You have to ask a lot of questions and meet a lot of people and maybe you will create a career.

Want to be a production designer? You don’t have to start in the art department. It helps, but there are plenty of avenues to that role. Sometimes it’s as simple as finding a rainmaker who will trust you with that job. Everyone’s path to success is different. You can achieve success any way you want.

When a receptionist at my office left to be an actress, I told her to approach it strategically. Don’t work with whoever will take you. I showed her how to find casting directors whose work she admired and target them and their organization for networking. You’ve got to solve the puzzle intelligently, rather than trying to fit every piece together and hoping something connects.

Third, Hollywood is a super competitive place. Feature film is the pinnacle of Hollywood (as opposed to TV, commercials, etc.). Some people don’t like competition, but I thrive in it. I’ve been a freelancer for my entire career (with a couple of exceptions). I get to decide which projects I work on.

Fourth, Hollywood dominates the world in terms of screen content. There’s a lot more foreign and tech influence these days, but Hollywood is still the primary place where movies are made. We make movies all over the world. Everyone emulates what we do.

Download these tips to learn how to navigate the Hollywood swamp and grow a successful career.
Click Here

There are a lot of amazing people in Hollywood. They have amazing backgrounds. Above the line and below the line people are funny and creative, tenacious and smart. They aren’t the jocks and cheerleaders. These are the theater kids; the outcasts. They’ve come to make something.

Me and the five year-old version of myself still think that’s magic.

Tags: Hollywood Can be a SwampProtect Yourself from the Hollywood SwampSleaze in Hollywood

How to Protect Yourself from the Hollywood Swamp

These tips will help you navigate the Hollywood swamp and grow a successful career. Subscribe to receive this extra resource.