In this article, I cover the three categories of scams the Hollywood Con Man uses on young film entrepreneurs.

In Hollywood, the ever-present Con Man pays particular attention to young entrepreneurs: men and women with little experience who don’t know the business. He especially loves people who are new in town that still have stars in their eyes.

Why does the Hollywood Con Man target young entrepreneurs? Because they’re easy targets. They’re desperate for access. They know they need to meet the right people and make the right connections to be successful. Young filmmakers want access to development, distribution and financing. Young investors want access to great projects and the glitz of Hollywood. Young crew want access to good jobs.

The Hollywood Con Man creates the perception of access and sells it all over town. He doesn’t really have access, of course. He says he knows some people who will finance your movie, but he won’t tell you their names. He says you’ll get a good job if you just do this one for free, but he can’t tell you how that will work or who will hire you. He may even lie to you about how the industry works to create problems for which he is the solution. Paying for access is always a scam.

In this article, I cover the three categories of scams the Hollywood Con Man uses to assault young film entrepreneurs. I’ll give you a general idea of how they look so you can guard yourself against them. 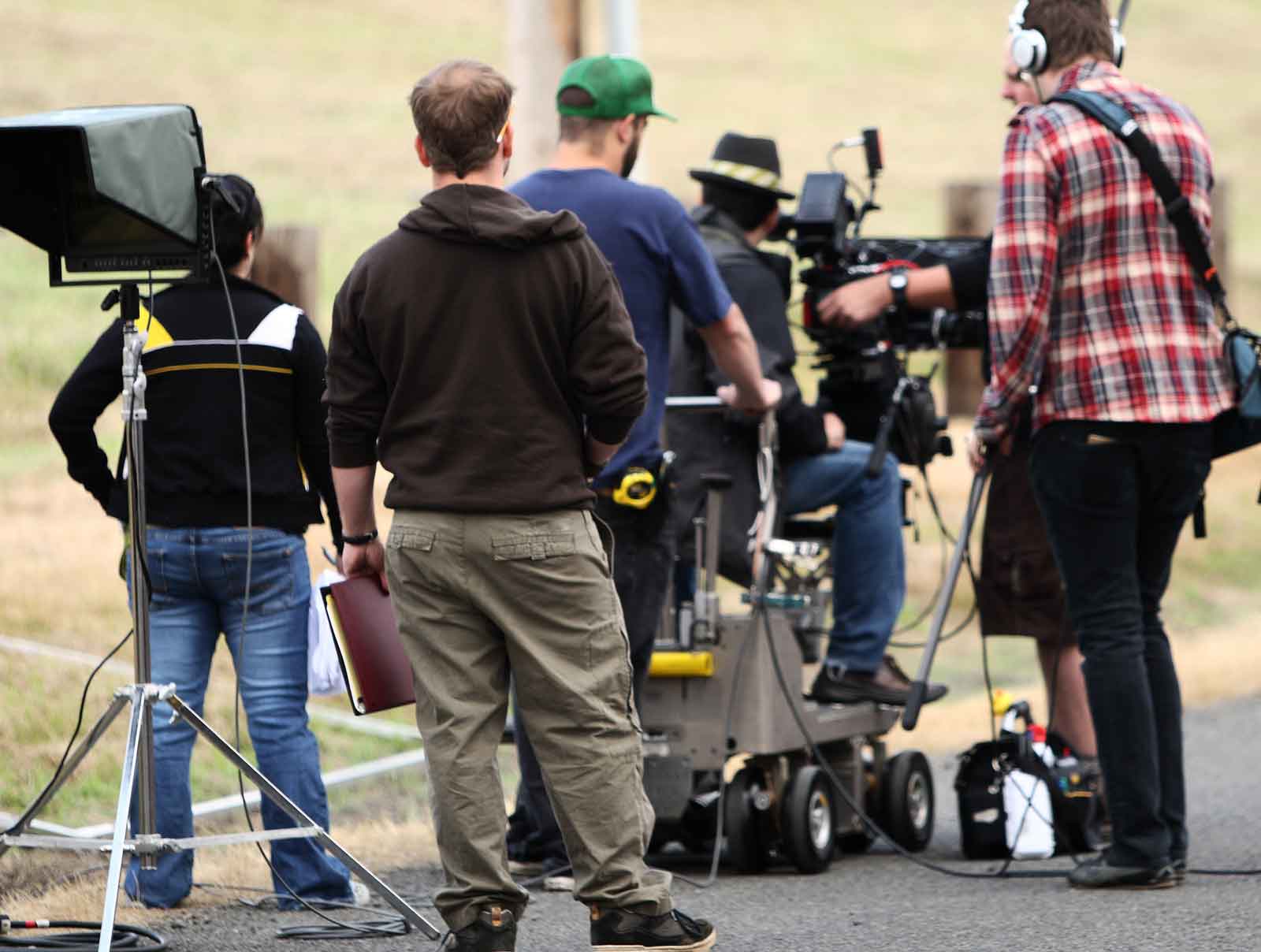 Naturally, the Hollywood Con Man doesn’t want to pay the crew for their labor. He either wants to keep a bigger share for himself, or he doesn’t have enough cash to complete the project if he were to pay reasonable salaries. He knows the crew probably doesn’t have the funds to fight him in court, as well. (These projects tend to never see the light of day anyway.)

The Con Man says, “This job pays $500/week!” It sounds like good money if you’re trying to break into the industry, but once you start working 12 hour days, you realize it’s less than California minimum wage and certainly not enough to survive in Los Angeles.

This type of con works for two reasons: 1) Young crew want access to people who need to fill reliable positions and they’re willing to sacrifice by working a bad job for the opportunity. Doing the shitty work is expected when you just start out. 2) The Con Man convinces them to “do it for the art,” “get a big credit,” or “meet some influential people.”

In actuality, this is wage theft. It’s bullshit, unethical, and – in many cases – illegal. For context, as of 2020, the lowest PA on the job should be making at least $700/week. A department head should make at least $2,000/week, but usually a lot more (some making $10-12K/week). You deserve to be compensated for your labor. If the wage is below standard for your position, it’s a good sign they’re going to screw you.

Remember: The producer will be paid for the final project. He or she will walk away compensated. You should be paid for your labor. Anything else is a scam. 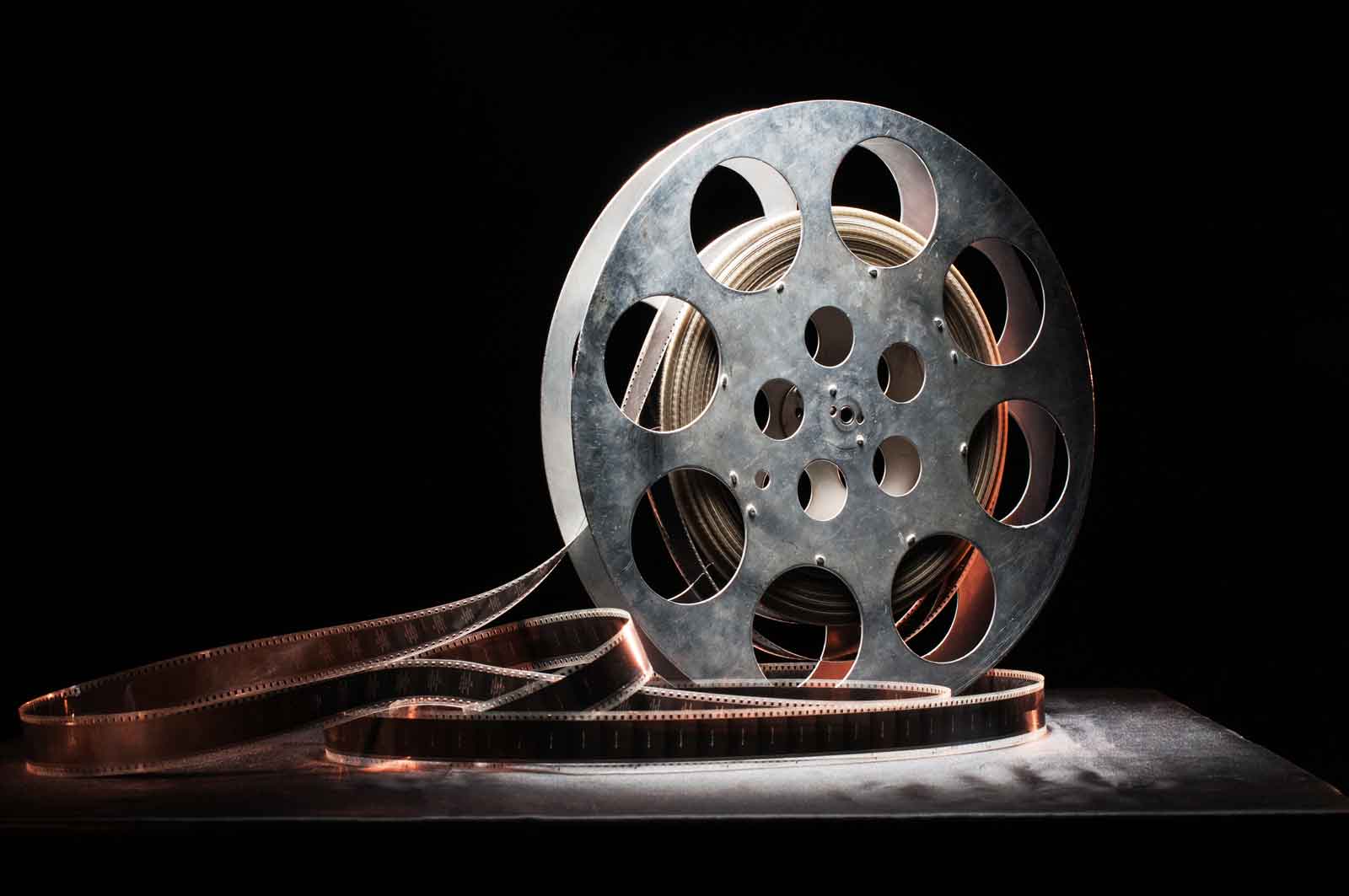 The Hollywood Con Man likes to scam filmmakers on the distribution side as well. He’ll offer to represent your title at a festival or a market. He’ll show you a sales sheet with some impressive estimates. He promises to be at the festivals for your and he says his goal is to secure domestic and foreign distribution in exchange for $10-20K.

Never, in my entire career, have I paid someone to do that for me. This should be 100% free. Producers only pay actors, crew, and vendors. Producers should never pay out of pocket, in advance, for distribution.

In fact, distributors should pay you. That’s how it works. It will start with a minimum guarantee in exchange for locking up your rights. When distribution is finalized, certain fees will come out of your end (like cost of attending the festival/market, copies of your film, and a sales fee), but that will all be covered by the minimum guarantee. You should never write a check to someone who will represent you!

Never pay someone to represent you at a festival or a market. They should pay you. If they don’t, you are dealing with a Hollywood Con Man.

Private equity investors want to be part of Hollywood’s glamour. They want to brag to their rich friends that they’re “part of the movie business.” They want to fund cool projects and put their name on great pieces of art. The Hollywood Con Man has no problem making big promises to these kinds of investors.

“We have an amazing script,” the Con Man says. “We’re going to make a killer movie, run the festival circuit, and make buckets of money. It will be the next Little Miss Sunshine/Slumdog Millionaire/My Big Fat Greek Wedding!” In some cases, the Con Man shows you a letter of credit from some other source as evidence that someone else has invested as well. These are always fake in my experience.

This concept doesn’t work. It’s a huge gamble. The money will disappear as soon as you write the check. The “other money” will never arrive for one bullshit reason or another. Suddenly your investment evaporates and no one will return your calls. In the best cases, a filmmaker gets to make his passion project on your dime, but it never turns a profit and gets ignored by every domestic and foreign distributor.

I saw this first hand when I worked on a film starring no one made by two dudes from the mid-west.  The filmmakers raised over $1,000,000 and made an indie film that no buyer would touch and it never made it into a single films festival.  Most movies that get into a film festival has some element attached that the festivals want to see advanced by their festival platform.  It is rare for a film to rise to a major festival without someone who is well known by the festival selection committee or the owners.

You can read about an example of a project that blew up in my book: A Hollywood Accounting: It’s a Swamp. It’s Thick. Difficult to Navigate. Smells Terrible. But I still Love It!

If you don’t think this kind of thing happens in real life, I recommend reading the stories of Zachary Joseph Horwitz (who acts under the name Zachary Avery) and Jason Van Eman, who are both accused of deliberately misleading investors and using stolen money to purchase personal luxuries. And these were investment groups with lawyers and accountants. How well will you fare when it’s just you?

If you are a young filmmaker, a key way to protect yourself from the Hollywood Con Man’s scams is to always draw a straight line from yourself to any opportunity. You don’t want anyone acting as a gatekeeper to any other person, money, or opportunity.

For instance, if you want a job, speak to the supervisor or department head, and make sure your pay is legit and market based. If you want distribution or financing, speak to the parties who have closed deals on other films and NEVER pay-to-play – distribution pays you!  If you want to invest in a film project, you need a professional on your side who has no skin in the picture getting made and is on your side.  This person needs to have 10+ years of production experience and have produced or was an executive on no less that 20 movies in the budget range you are looking at.

You should never work for free or pay money to someone for access. If they truly have access, they will be using their connections to people or money to exert control over film projects. Not hustling young entrepreneurs for a few bucks.

If you aren’t sure if you’re being scammed, or generally worried about being exploited in Hollywood, it’s important to have a sponsor in your corner who works only for you. It should be someone you pay for advice who isn’t part of any deal you make (so there’s no conflict of interest). If you need help navigating Hollywood, contact me.  I want to help crew, creatives, investors and filmmakers.

This list of tips will help young filmmakers, investors, and crew avoid succumbing to Hollywood scams. Subscribe to receive this extra resource.