How to Sell a Hollywood Project

Before you force your idea into people’s hands, it’s important to understand the process of selling a Hollywood project. Let’s walk through the steps.

The process of selling a Hollywood project is actually quite simple. It’s not easy. In fact, it’s really fucking hard, but it’s not complicated. It works like this:

That’s basically it. Once you find a studio to make your project, they’ll handle the complex stuff, like hiring people, running a production, managing money, distributing it, all that. They have specialists who manage the pieces, so you get to sit back and pray people buy tickets (at least for writers – directors and working producers obviously take more active roles).

Before you start forcing screenplays into people’s hands, it’s important to understand the whole process of selling a Hollywood project. Let’s walk through the steps.

Before you force your screenplays into people’s hands, it’s important to understand the steps of selling a Hollywood project. Click To Tweet
Free Download: Quick Tips for Selling a Screenplay in Hollywood
Click Here

Before you can sell anything, you need to own the rights to it. If you’re the writer, you already own the rights. But if you’re a producer, director, or actor trying to push a project, you better own the source material. (Source material can be almost anything: A book, story, magazine article, newspaper story, or even someone’s life rights.)

What happens if you don’t own the rights? There are a few possible outcomes:

The studio will refuse to talk to you. They don’t want the liability of stealing someone else’s intellectual property should they produce something similar in the future.
The studio will work with the person who has the rights. This may mean cutting you out of the deal because you don’t have or do anything of value.
The studio will buy the rights themselves from whoever owns it. Now they don’t need to pay you and they own all future revenue. Once there’s an opportunity on the table, everyone forgets to be friends.

Securing the rights to IP requires more than just a handshake agreement or an email. You need clear documentation that articulates what you own, for how long, and how much it costs. There’s no sense in pitching to anyone until you’ve secured the rights.

Step 2. Put Something in Writing 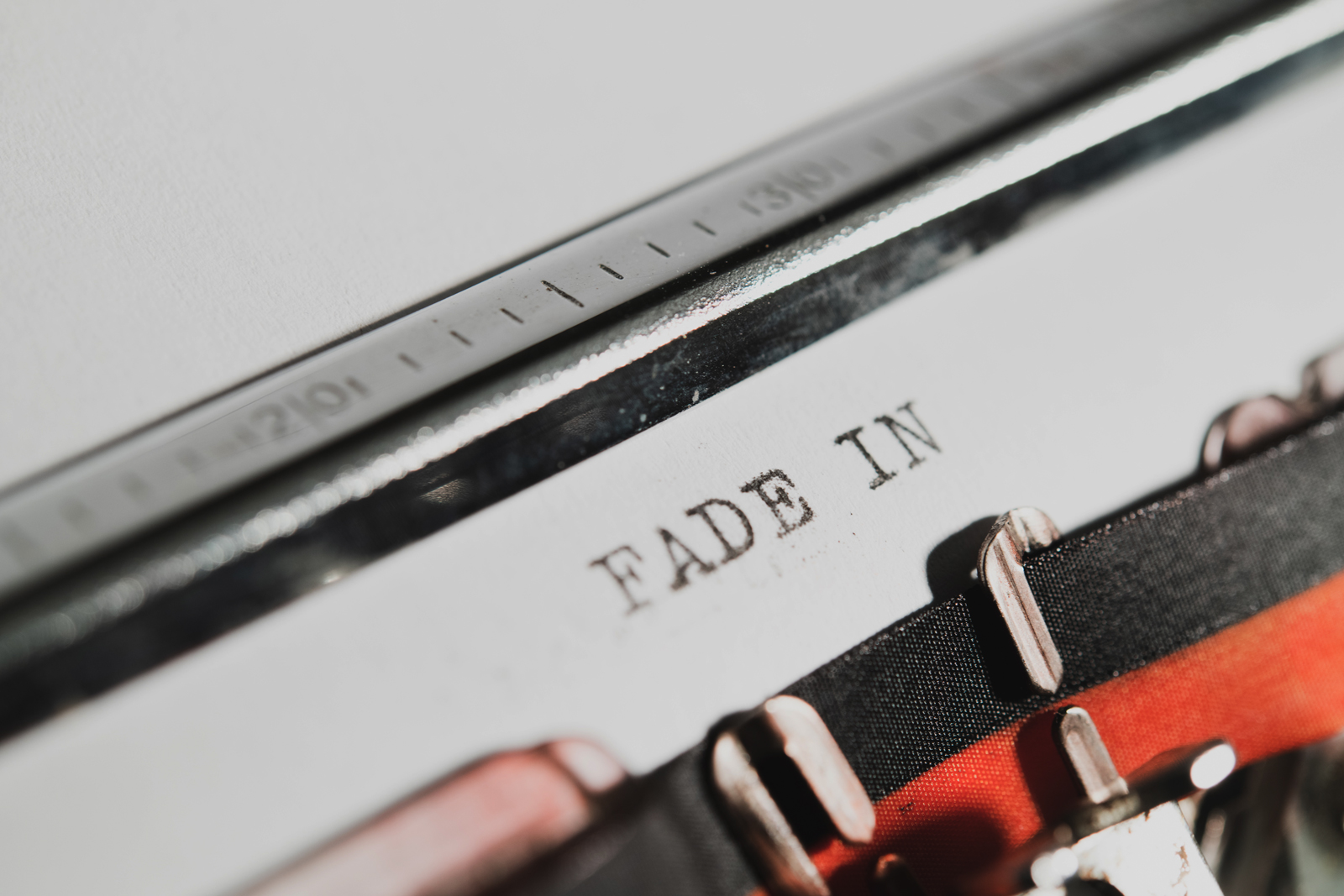 If you haven’t already, the next step is to put your idea into writing. You have a lot of freedom here. It could be an outline, a treatment, a one-page synopsis, or the beginnings of a draft.

It can’t hurt to develop some visuals as well. An artist might sketch some key scenes or create a storyboard. If your story is told non-linearly, you might draw a flowchart. Know that the development executives you pitch to in the next step may not care about your visuals (because they will probably have their own picture in their head), but at least these assets show what you are thinking and set a tone or direction that you’re invested in communicating.

Step 3. Pitch to a Development Executive

Admittedly, this is the hardest step. Most Hollywood hopefuls never complete this part.

Once you have the rights to something or completed a draft and you’ve put it in a tangible form, the next step is to meet someone who has the power or has access to the power that can buy your idea. You’ll need to pitch your project to a development executive.

I will be totally honest with you. The only way to have a conversation with a development executive is to have an existing relationship with one or go through an agent or manager who has a relationship. This is why networking in Hollywood is so important.

Development executives do not accept unsolicited work. If you send it to them, they won’t even open the envelope. There’s too much risk for litigation. The only way they will consider your project is if it comes through a comfortable channel, such as an agent, manager, or lawyer.

If you manage to get a meeting with the development executive, be sure to leave something behind. In fact, email your work to the executive so there is a tangible record of the meeting. This way you will have some evidence if that studio produces a project eerily similar to yours a few years later.

It’s important to keep in mind that the development executive isn’t working to pass judgment on your project. They don’t care if it’s “good” or “bad.” That sort of distinction just isn’t helpful when making a sale to a buyer (a/k/a network, studio or OTT).

Instead, the development executive looks at your project as an idea that can sell at one place or anther. The work still needs to be good, relevant and fit into a pattern of what is selling .  They want to know if their investment in you and your idea will pay off. To determine that, they need to have confidence that your project will sell (“get set up”) somewhere. Therefore, your task is simply to be clear, well structured, have a unique voice and be current with the industry – today.  Not what you are seeing on a screen.  That is what was current in development 2-3 years ago.

If the development executives like the project, your next step is to negotiate with their business affairs team. Yes, I know you want to start writing immediately, but it’s important to get a deal in place before you start working. If you work before signing an agreement, there’s a chance you’ll end up working for free if the deal never goes through.

Business affairs people will deal with your agent or manager (or entertainment lawyer in some cases). They do not want to talk to you. They want to talk with people who understand intellectual property law. Also, part of their job is to verify a clean chain of title.

Your representation will iron out the details regarding how much you get paid (for each draft and production) and what kind of credit you’ll get. At some point, your manager or agent will put a contract in front of you. If you sign it, it’s time to get to work developing your project. 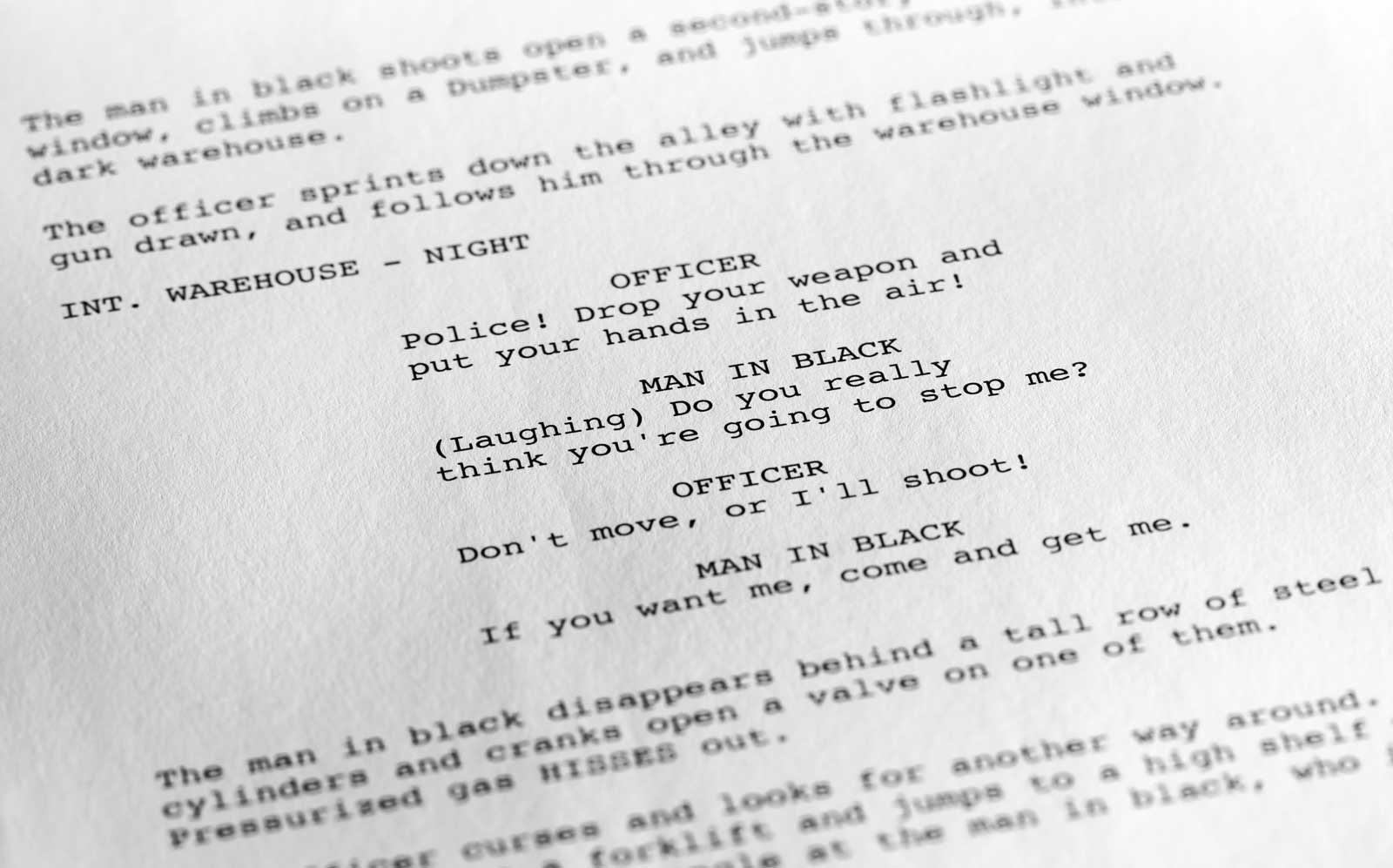 Once the deal is signed (and your payment is assured), it’s time to start working on the material the production will use to actually make the show or movie. The process typically takes about six months to a year and flows something like this:

At this point, the project may or may not go into production. Some studios have abandonment rates of 50%. Others don’t abandon any projects that get to a first or second draft. Some producers or networks are known for producing almost everything that gets into development.

Some projects get sold and float around limbo for an eternity. I’ve seen people buy the rights to projects and then sit on them for five or ten years until there’s a draft worth making or something in the market that demands a release. Writers get paid along the way, but producers and directors could end up doing a lot of free work.

In some cases, development will bring on additional writers for revisions or polishes. How this affects your pay and credit is determined by your union. Writers get paid from the first word whereas directors and producers don’t get paid anything until the project moves into pre-production.

When to Call it Quits

Knowing when to abandon a project is just as important as knowing how to push one. If you can’t sell a piece of material after shopping it around for six months (meaning you can’t find a development executive to give you a deal), that means it’s not ready. It’s not the time for that project. You either have a sellable idea or you don’t. Put it on a shelf and move on to something new; something that the market wants. You’re creative, after all. Surely you have lots of good ideas!

Quick Tips for Selling a Screenplay in Hollywood

Ready to start hunting for someone to buy your material? These quick tips will help.