How to Structure a Movie Deal for Investors

In this article, I give some idea of what a fair movie deal looks like for investors. These tips will help you structure a deal that doesn’t screw you.

As an investor, it’s easy to get screwed by filmmakers. The Hollywood Con Man takes many forms, but he’s particularly fond of playing the part of the producer. He will lean on your ignorance and naivete to sucker you into a bad deal. He will squirrel away the profit while you carry all the risk.

Reviewing a Private Placement Memorandum is a complex process, so you absolutely need the help of an ally. This should be someone with years of experience in the industry – someone who knows all the tricks the con men will throw at you.

Whatever you do, don’t sign the document the filmmakers give you. They will offer you an agreement that is entirely in their favor. They will tell you it is a standard agreement that everyone signs, but this is a lie. Before you sign anything, run it by your ally.

Like I said, structuring a movie deal for investors is complex. It’s well beyond the scope of an article on my website. There are just too many variables to cover. This is another reason you need an ally to help you structure the PPM carefully.

But I want to give you some idea of what that deal should look like because a fair deal is very different than what the filmmakers will tell you is appropriate. Here are some tips to structure a movie deal for investors.

On the surface, it seems reasonable to contribute only a portion of what the filmmakers need to make the movie. A lot of investors try to build diversification in their investments by funding small portions of multiple films, rather than entire productions.

I understand why partial funding makes investors more comfortable. It means the filmmaker has to convince multiple people to fund the movie. If they can convince multiple sources to invest, that validates your decision.  The investor should, in fact, be looking for some kind of sale to a “qualified” distributor or established “package” to validate a decision.

The problem with this approach, however, is that it dilutes your control. It introduces other parties with their own interests, goals, and ideas. If there are too many parties involved, you might be overruled entirely.

So in my opinion, it’s always best to be the only investor. Fund 100% of the film. This maximizes your control when you negotiate the PPM (Private Placement Memorandum). 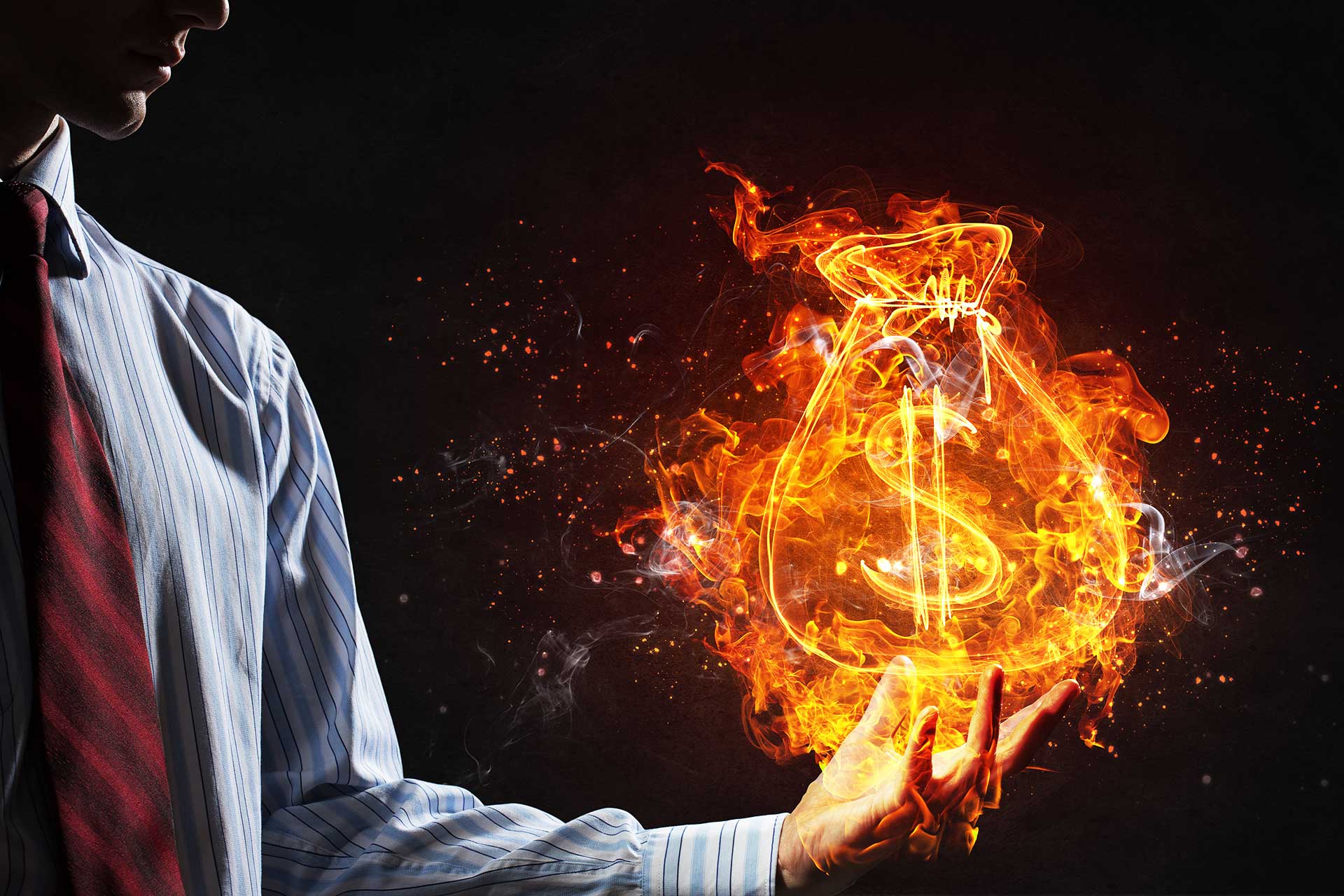 If a filmmaker tells you he needs all of the funds up front, he’s either going to…

a) Run away with the money,
b) Spend it irresponsibly/unethically,
c) Spend it inefficiently, or
d) Find some new and unique way to screw you.

Do not fund the filmmakers in full upfront. I’ll say it again: Do not give them all of the money at once.

Instead, put all of the film funds in an interest-bearing account that you control (proving funds for production). You want to get as much interest as possible (naturally), but it should also be something liquid, like a high-interest savings account, money market account, etc. You’ll be withdrawing from it weekly.

Each week, use a cash flow schedule and weekly cost report to decide whether or not to continue funding the filmmakers. If you’re happy with their work, make a withdrawal from the account and transfer it to the filmmakers. Don’t give them anything more than what they need for the next week.

This doesn’t mean that each weekly transfer will be the same size. There might be an expensive stunt during one week of production which requires more cash. That’s okay. Give the filmmaker what they need for that week of work (whether you’re in pre-production, principal, or post).

The purpose of this method is to maintain control. You only have control while you control the purse. You lose control as soon as the money is in the filmmaker’s hand. You want as much control as possible for as long as possible.

The filmmakers will hire most of the people who create the film, such as wardrobe, electric, grip, set decoration, etc.  Leave the creative decisions to the creative people.  Also make sure you hire an experienced Production Executive to be your in-house producer who is protecting and advocating for your best interests.

But when it comes to the money, you need to maintain control wherever you can. So it’s important that you or your team reserve the right to hire the line producer and the accounting team. You want these people to be your eyes and ears on the ground.

Do not outsource hiring the accounting team to the line producer. You should make these hires yourself. If a line producer and accounting staff are allies, they could potentially work together to hide theft or fraud. You want both of these entities to watch each other and report to you. 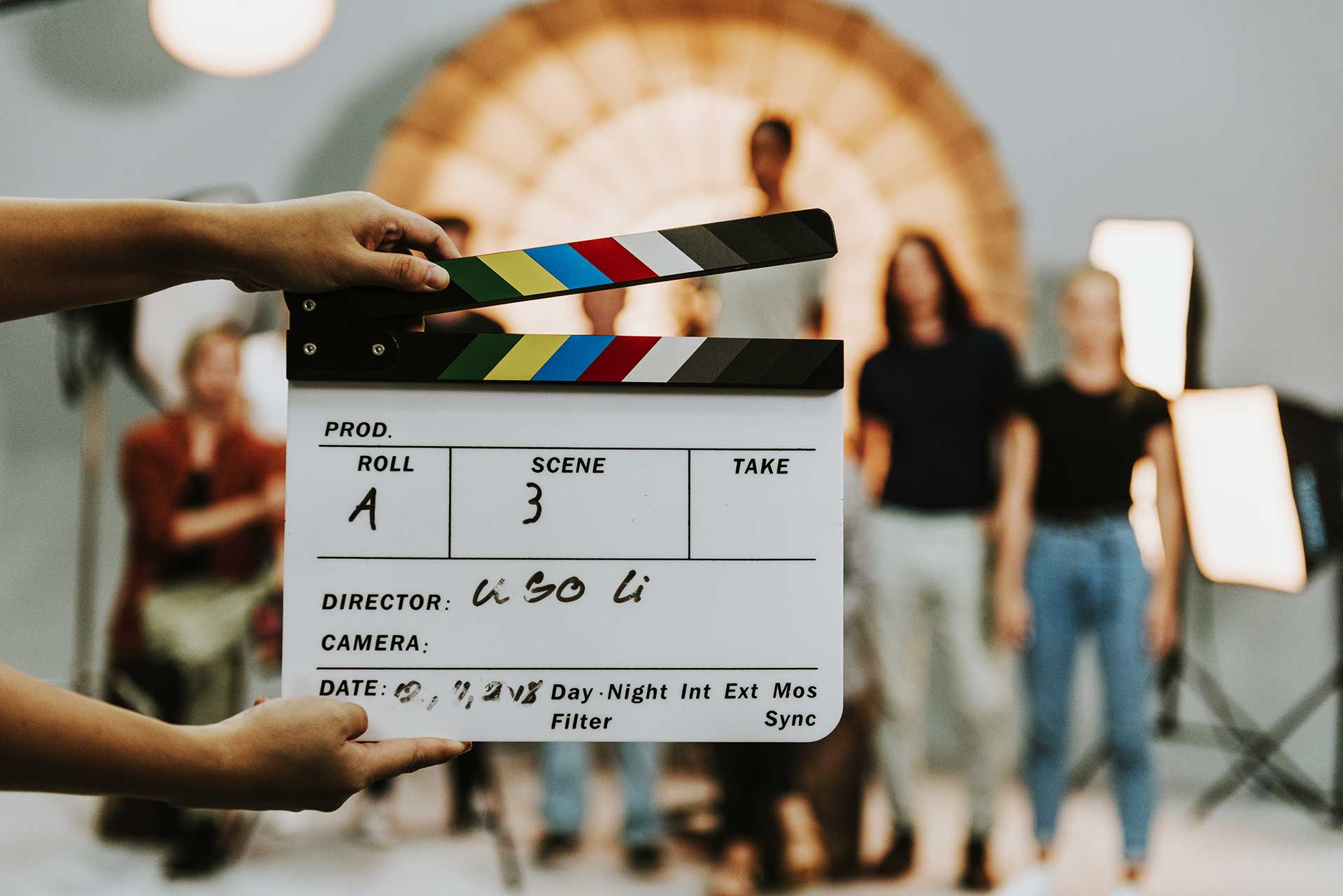 Actors, producers, and the director want to be paid 100% of their guaranteed payments up front before production starts. They might give you a song-and-dance about how they need the cash to live so they can work on the film, but don’t buy it. Paying them upfront is another way you – the investor – lose control.  A common practice for making the lead actors and the director comfortable are play-or-pay language in their agreements (some agents will require it) and escrow accounts with instructions on how to pay out the contract.

Pay your above-the-line team like you would pay anyone else: on a predetermined schedule. It might not be every week or every two weeks (weekly is the standard in production) or on production milestone (start of principal, end of principal, delivery of rough cut, etc), but it should be spread out over the course of their involvement in the film.

The main benefit here is that you control the payments in the event that any of those players abandon the film for one reason or another (unlikely, but can happen). If you pay people everything up front, they tend to wonder and have ideas that are not beneficial to the investor’s interests and can cause problems in the most absurd ways.  And yes they do happen from time to time.  These problems become less common when you hold money. Plus, holding money means you can fire these people, in the extreme, if they fuck up.

As the investor, you are the money. The film doesn’t happen without your participation. You have all the leverage (unless the filmmaker has lots of offers from other investors, but that’s rarely the case). This means you get to set your rate of return on your investment.

I see a lot of 50/50 deals come across my desk. This is when the filmmaker and investor each get 50% of all waterfall income after the investor gets their investment back.

No, no, no.  And fucking No!  These are terrible fucking deals.

If you’re putting up the money, you’re taking all of the risk. The filmmakers get paid for their work, so there’s no chance of them losing money. You’re the only one making a bet here. You deserve far more than 50%.

How much should you get? First of all, there should be a guarantee on top of your investment. I recommend you demand 100% return of capital plus another 10%. Keep in mind that when it comes to investing, breaking even means losing money because you could have put that money in another investment. Everything has an opportunity cost. So it’s important to guarantee yourself some kind of return. 10% is reasonable.

In terms of waterfall income, you (and all other investors,if there are any) should demand at least 80%. The creatives should receive no more than 20%. That is based on a calculation of net receipts, not gross.

6. Maintain Control of the Intellectual Property

Sleazy filmmakers will try to take control of the intellectual property. They will tell you that it’s standard for the producer to own the IP and waterfall revenue. But this isn’t the case.

Your PPM must grant you indefinite control of the intellectual property. The film, music, still images, etc. belong to you. After the creation of the IP, you should retain absolute rights. You can sell it, license it, or destroy it if you really want to. You paid for it, so you get to decide how to exploit the asset.

Every film investor needs an investment advisor. Learn what an advisor will do for you.
Click Here

Get Yourself an Ally

As you can see, there’s a lot to think about when you structure a movie deal. Just because you aren’t a creative doesn’t mean you shouldn’t have rights or control in the arrangement. That’s why it’s important to have your own Production Executive who only answers to you and looks out for your best interest. Otherwise, you’ll leave yourself vulnerable to the Hollywood Con Man. If you’re thinking about investing in a movie and want some protection, get in touch with me and I’ll help.

Hollywood is a small town, which means there are bound to be some conflicts of interest.…

If you want to invest in film, you’re probably worried about what happens after you invest.…

Hollywood is a small town, which means there are bound

If you want to invest in film, you’re probably worried

Every film investor needs an investment advisor. Learn what an advisor will do for you. Subscribe to receive this extra resource.