How Do You Know If a Film Will Be Successful?

In entertainment, we spend obscene amounts of money without knowing if something will return cash. In this article, I talk about predicting success.

Kevin O’Leary (the guy from Shark Tank) once referred to entertainment as the stupidest business on the planet. He complained that our strategy – for the most part – is to make a bunch of things and hope something sticks. Frankly, he’s not wrong…

In entertainment, we spend obscene amounts of money without knowing for sure if something will return cash. And our products have a three-day shelf life: opening weekend in theaters. Income drops by half the second weekend, and half again the third weekend, and basically keeps halving forever.

In some cases, we spend money making something only to pull the plug at some point (could be in in prep or it could be in principal photography) because it’s not working. Sometimes we release a film and it just bombs. A total waste. And in other cases, something we thought would do okay turns into a cash printer.

In entertainment, we spend obscene amounts of money without knowing for sure if something will return cash. Click To Tweet

Wouldn’t it be great to know which film would be successful before we made it? Sure, but like any business, there’s risk. Sometimes you make a product no one gives a shit about. You have to do your best to understand what the market wants to buy.

Entertainment is unique, however, in that our ability to accurately predict a film’s success gets better as it moves through development, pre-production, production and marketing. In this article, I’d like to talk about predicting success and how it works in the movie business.

Why is it Hard to Predict a Film’s Potential? 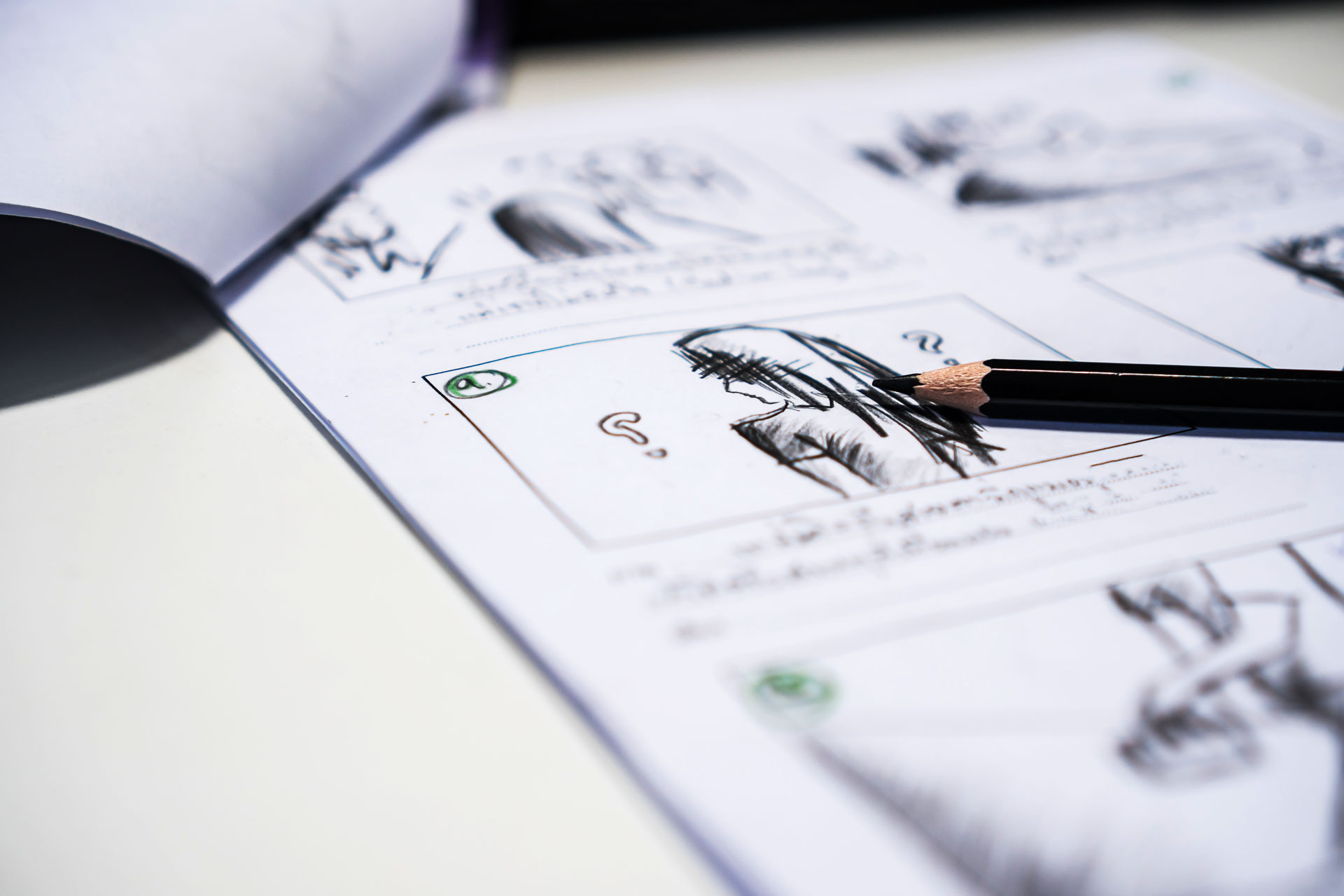 First of all, filmmaking is an evolving process that involves a lot of people. There are countless variables that can influence the final product. Some variables make it great. Some variables fuck it all up. Lots of things can happen along the way to change a film’s course.

For instance, a great editor can turn a bunch of nonsense into a cohesive story. A bad actor can spoil the entire story. A great director of photography can turn a mediocre story into a visual masterpiece.

You can’t evaluate these elements by looking at an early stage outline. Sometimes you need to pay for a draft or two just to see where it goes. In some cases, a studio will pay to put a writer, director, production designer, DP, and even a wardrobe person in a room to hash out some ideas. These people can give you a sense of whether what you have on paper can be converted into something worthwhile.

Second, what’s good and what makes money aren’t always the same thing, which means success can be a lot of things. What’s the goal? Profit? Award gold? Do you just want your name on something quality so people notice you?

Third, filmed entertainment tries to establish connections with viewers, but that’s like herding cats. Subjects that are present now and upcoming in future play a big role in what we want from the shows we watch. A single news story can turn an average film into a blockbuster, or it can make a studio bury a film and pretend it never existed.

For example, the late 70’s film THE CHINA SYNDROME was a tale about safety cover ups at a nuclear power plant. It was released right around the time of the accident at Three Mile Island. The movie was in development and later production years before, but the release timing coincidence boosted sales because it addressed people’s fears that were in the news every day.

Who Can Predict a Film’s Success?

Very few people can look at an outline or a first draft and correctly predict if it will be a big hit. They aren’t right 100% of the time, but they can tell you, “This one is worth pursuing.”

Whose opinion is worth anything? People with years of experience in development and production who have seen countless drafts go through the process and get turned into an actual film. Anyone who hasn’t seen lots of projects go from outline to draft to second draft to rewrite to polish to shooting draft isn’t qualified to judge a film’s success.

That said, lots of people try to make predictions. Marketing, distribution, and post production try to weigh in early, but their opinions don’t have much weight until there’s something to see. These folks often lack passion and vision. They’re in the business of selling widgets, not making a movie that connects with people.  Physical production people have some sense of what will do well, but their story instincts lack refinement.

And of course, there’s always a con man who will try to sell you on his idea by asserting, with apparent conviction, that “this film is going to be massive. Can you we see a draft (you ask)? Oh, we aren’t there. We need cash to hire a writer.” Sure buddy.

The only way to learn how to predict a movie’s success is by working in one of those verticals – production or development. You’ll need to spend years there, starting as someone’s assistant and working your way up. That’s the only way to gain an inkling of experience evaluating early writing.

How Do You Know What’s Worth Developing? 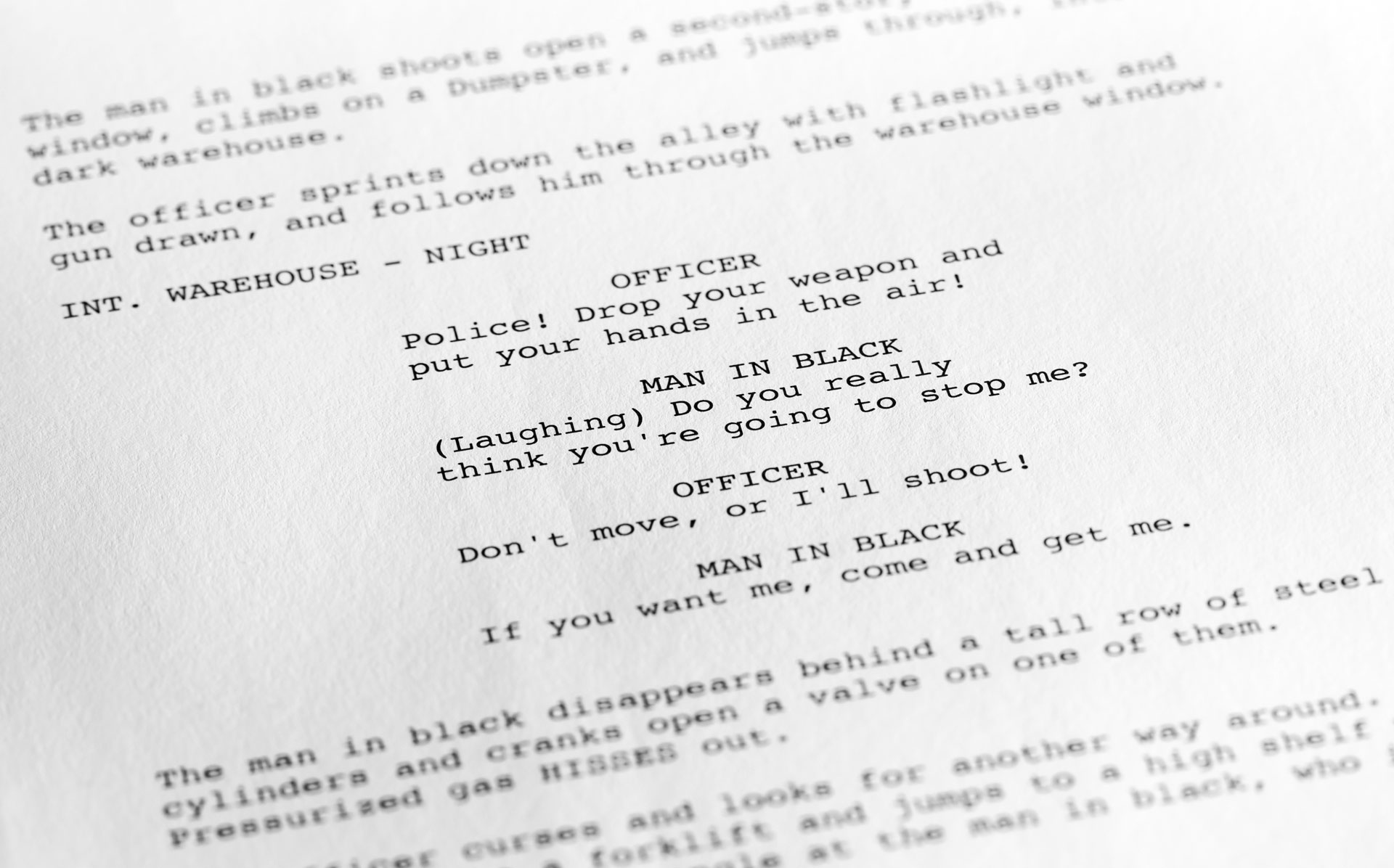 A studio looks at lots of pitches every year. 40-60% of them are abandoned early on. The rest wind their way through development – from outline to shooting draft. The studio pays for every step in the process. Even still, more are abandoned because they get too expensive or they realize the tech isn’t available yet. I’ve seen films pulled in prep and some has been pulled after principal photography started.

Filmmakers and executives don’t know for sure what will be successful, but they can get a sense. They look for solid story structure, a sense of pacing and rhythm, strong characters and dialogue, and other elements that ground the story in today or the future. They also want to see if the film fits the producer’s mold, theme, or style. The writing has to be clean, tight, and powerful, of course.

Successful movies always have a clear moral imperative. It shouldn’t be hard to identify the challenge, fear, anxiety, or tragedy. Does it play out someone’s fears? Hone in on their aspirations? The story has to support this imperative.

Then we have to consider the people who would make it. A mediocre story could be great if it has a top-notch director and actors. If the film requires a great score and a star composer is interested, maybe it’s worth pushing a little farther to see if it can be tweaked.

Sometimes we do a lot of work just to say, “Ehh… This isn’t going to work.” The writer addressed all of the notes. The work is good, but it just doesn’t hit right. A great example of this is a screenplay that kicked around the industry in the 90s called VULTURES. It was a fabulous piece of writing, but no one could see how to make money off its racial commentary – maybe a decade or two before it’s time.

So Do We Ever Know if a Film Will Be Successful?

We can make strong assumptions based on pretty good information once the film is complete and we can show it – or portions of it – to people.

We get information in two main ways. We run test screenings where we let hundreds of people see the film for free in exchange for completing a survey. The survey collects demographic data, information about their movie habits, and their thoughts on the film they saw. We also have tracking data from marketing and promotions. We’re very good at asking the right questions to get accurate information.

With this information, we can tell whether a film will make money and approximately how much. There are outliers, of course, but this information is usually quite accurate. Sometimes the data says a movie will do okay, but the movie blows up. But almost never does the data predict a big success, but then the film flops.

If the early data isn’t favorable, there’s a lot we can do to fix it. We can edit it again, do some reshoots, fix the effects, etc. But sometimes they need too much work to make it profitable, so the studio just tries to make as much as they can to recoup their investment.

After the theatrical run, we can plot the film’s financial success accurately. Distribution guys are really good at these predictions once they know the opening weekend numbers. We know who goes to movies, what they like, and what they’re willing to pay for. We can predict DVD sales (tiny as they are these days) and licenses to streaming platforms and networks. There’s a pattern to all this.

No one knows a film will be successful during development. Development people with years of experience can make good guesses, but even they don’t know for sure. We can make the best predictions once the project is in a finished state where we can solicit feedback from real viewers.

Have a screenplay, but you aren’t sure it’s any good? Learn how to tell if you’re reading a screenplay that’s worth development.
Click Here

If you’re on the crew, none of this really matters to you. Do your best work and take your paycheck. If you’re above-the-line, a film’s success will impact your career, so make sure you’re getting some good advice from someone who knows development. If you’re an investor, you absolutely need someone in your corner who will help you predict success, and you need a PPM that allows the financing control the business and not creative.

Signs of a Good Screenplay

Learn how to tell if you’re reading a screenplay that’s worth development. Subscribe to receive this extra resource.