in FACT OR FICTION 4 years ago

How to Spot a Hollywood Con Man

Avoid the Hollywood Con Man! They will steal your time and money. The first step in avoiding them – learn how to spot them.

There’s a sucker born every minute, and Hollywood has no shortage of people lining up to be the next one.

The entertainment industry is like the gold rush, where all you needed was a shovel to strike it rich. In Hollywood, a writer just needs a laptop, an actor just needs to be seen by the right agent, and a director just needs to win a local film festival for short content. (Okay – it’s a little harder to make it big as a director, but you get the idea.)

See the V-Blog:  How to Spot a Hollywood Con Man

You can take an elevator straight to the top in this town. Most people don’t, of course, but that path is available.

We hear about directors, writers, and actors every year whose careers suddenly explode. One minute they’re waiting tables, the next they’re strutting on red carpets. Tales of meteoric success aren’t that rare.

That’s different than most industries, when you think about it. There’s no elevator to the top in, for example, construction, medicine or academia. You have to climb that staircase one step at a time, sometimes stopping to toil on a floor for a little while (or years) before you can climb again. It’s a gradual, measured rise that everyone can see along the way.

The existence of that fast-track elevator means everyone is looking for it. There’s a million fucking people here seeking a quick rise to the top. They fantasize about instant success that just isn’t possible in other industries.

And there are plenty of bullshit artists ready to sell that dream.

The Hollywood Con-man has no shortage of marks. Anyone who’s desperate for a chance and hunting for that quick rise to fame is a potential target. Con men know the hungry will do anything to find a shortcut in their quest for success.

Unlike a lot of professions, there isn’t a guaranteed path to a long, stable career in Hollywood. From the outside, it almost seems like there’s no path, which is true, to some extent.

Working as a gofer, PA, assistant, or grunt isn’t difficult. You can find those jobs on Craigslist. You just have to be willing to work long hours for shit pay and take loads of abuse from assholes who have influence.

The secret to business in this industry is relationships. More specifically, relationships with people who matter and can give you a seat at the table. You don’t have to develop a history of quality work and financial success. You just have to find a rainmaker and prove to him or her that you can do the job they need.

My rainmaker was Kate Forte, the President of Harpo Films. To be clear, I had to work my way up the chain of command for over 10 years and take the jobs where I could meet the likes of Kate, but when she made me the Head of Production my career took off and I no longer had to ask for the key to the executive washroom. It was assumed I already had one and knew how to navigate the system.

Anyone who’s desperate for a quick rise to fame is a potential target for the Hollywood Con Man. Click To Tweet

Newcomers who want that quick ride to the top recognize the importance of relationships right away. They actively seek rainmakers. In the process, they trust too much, believe too much hype, and invest themselves too deeply in con men’s scams.

Getting Scammed by a Con Man

If you’re an investor, it’s easy to get taken for a lot of money in this town.

I can think of a few dozen instances of well-intentioned investors who contributed hundreds of thousands or millions of dollars to terrible projects that were obviously never going to make any money.

But some smooth-tongued producer or director convinced them that their shitty movie was going to clean up in the festival circuit. (Spoiler: The festival crowds will be the first ones to call it a shitty movie out loud and in the most public of ways.)

Creatives (writers, actors, directors, producers, etc.) allow themselves to be exploited in a few ways. In some cases, they lose control over their IP, like when a writer sees his script in someone else’s film with a few small, inconsequential tweaks.

In other cases, creatives work for free way longer than they should. They toil for weeks and months all over the damn country and never get a paycheck. They receive no ownership of the project and have no control over its IP. Somehow a con man convinced them they’ll make some great contacts or add a killer line to their resume if they work for free.

In still other cases, creatives get roped into a vertical they never wanted. Some jackass convinced them to work on a reality TV show to get some exposure for their film career, even though Hollywood doesn’t jump around like that. Now they’re stuck in a vertical they hate where they never intended to work.

The young and inexperienced get conned the most. They understand Hollywood enough to know that relationships are key, but not enough to filter out the bullshitters. 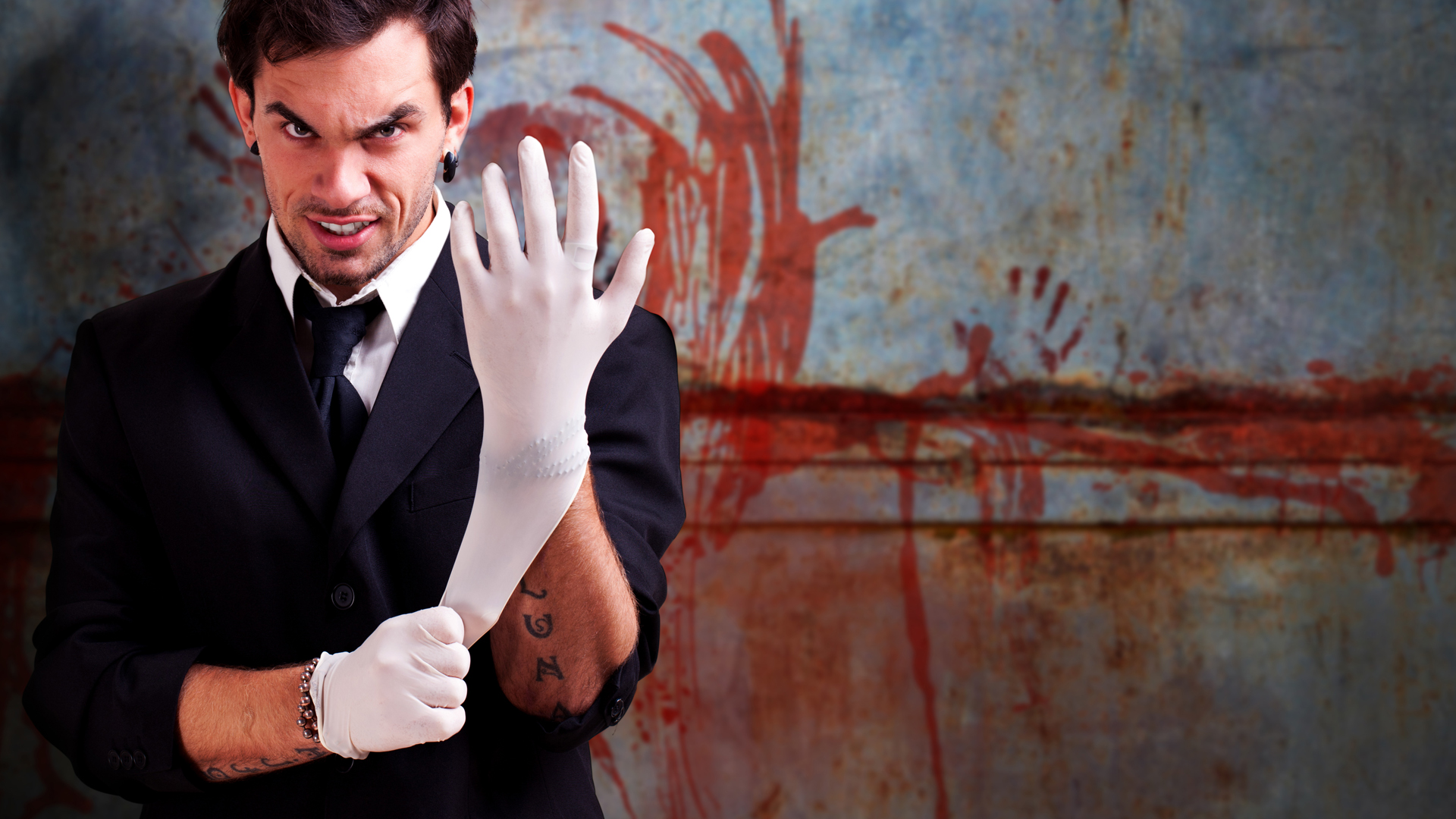 The Hollywood Con Man wants your time and money. He wants a one-sided deal that gives him all the control and all the profit. He wants to string you along, use you as much as he can, and throw you away when he’s done.

If you’re putting up the cash to make a production happen, but don’t have any control and don’t own the IP, you’re being conned. In this case, you’re making the whole thing possible, but you are not gaining access to the levers that control how a property can make and spend money.

If you’re working for free or earning substantially less than the industry rate, you’re being conned. For example, if you’re a UPM making less than $2,000/week, you’re being fucked. But that happens every day.

If you don’t have access to any resources to complete a quality project, you’re being conned. You can’t make good TV or film without the right tools and in filmmaking the tools are time and money. You can filter out the bullshitters by looking for signs of money and access. If they have neither, they are likely full of shit.

If you’re dealing with some shady Harvey Weinstein-type shit, you’re being conned (or screwed, pardon the pun). Casting happens in a commercial facility with a casting director, other actors, and a casting associate. It doesn’t happen on some producer’s couch while he’s in a bathrobe.

If you feel like the Hollywood Con Man has you by the balls, the first thing you should do is seek the advice of a professional who has seen your situation before and seen the con men at work. You need to talk to someone who has been in the trenches and can unpack the mess you got yourself into.

Lawyers and finance executives are great resources. They see people get screwed all the time. I’ve seen it countless times myself. These sources will help you figure out if you can get out of the deal or salvage some of your time or financial contributions.

If you work on a production crew, get out if you aren’t getting paid. If you were promised pay and it never seems to come through, walk your ass right out the door.

There’s an epidemic of people who work for free longer than they should in Hollywood. It’s fine to work for free once or twice to build your Rolodex. But if you aren’t getting paid by your third job, you need to find a better group of people who know how to make some fucking money.

Whether you’re making shitty independent films, lousy reality TV, or feature films, this is a business. It’s your job. You need to get paid.

If you’re a financier and you’ve contributed capital to a project, you need someone who will determine your rights. If you have rights (for example, the right to approve or reject project elements), you can use them as leverage.

If you don’t have any rights, you’ll need to renegotiate when it comes time to contribute your next tranche of cash. Everything is negotiable, and Hollywood is no different.

If you don’t have any more capital to withhold and you’ve already given up on any chance of finding leverage, well… Then you don’t have a way out. You could bail on the whole project and let the filmmakers deal with you in court, but you’ll probably lose.

Sometimes all you can do is ride the project to the end and meet your contractual obligations. The project may end up making money. (It probably won’t, but weird things can happen in Hollywood.) Resist investing a single moment of your time and a single penny. Take your tax loss at the end of the year and move on.

Think you might be dealing with a con man? Here are some signs the person on the other side of the table is trying to screw you.
Click Here

The best piece of advice I can give you is this: Be skeptical about everyone. Assume everyone new you meet is looking to con you out of something. Assume they see you as a mark. And if you’re unsure about a deal or a role or a job, seek the advice of someone who’s on your side and has some experience in Hollywood.

Remember, money is the key to making content. Either money now or the contractual promise of money later. Filmmaking is a capital intensive business and if the person in front of you has none or the project you are working on has none – you are likely a mark of a Hollywood Con Man.

Avoid the Hollywood Con Man! They will steal your time and money. The first…

Avoid the Hollywood Con Man! They will steal your

Here are some signs the person on the other side of the table is trying to screw you. Subscribe to receive this extra resource.