There’s No Money in Content Unless You Own Some IP

Take a look at all of the people in the entertainment business who make a lot of money. What do they have in common? They own some or all of the intellectual property in their projects.

The studios are the clearest example of this. They make buckets of money every year by building massive libraries of content they sell all over the world. They decide how and where the content gets sold. Hell, some people say they decide to lock away some items for a period of time just to raise its value (not my experience, but some people believe that).

If you don’t own or create IP (like writers, directors and actors), don’t expect to get rich in entertainment. Without controlling the copyright, you don’t have enough leverage to earn a seat at the table. In this article, I’d like to explain why ownership is such an important concept in entertainment.

No IP, No Deal

If you meet with a financier – whether it’s a studio or private equity – without ownership of whatever IP you are trying to sell, you will be politely shown the door (amidst a chorus of laughter, no doubt).

To produce content, you must own the rights or the option to use those rights in whatever type of content you’re trying to make. The financier will not move forward without securing rights, otherwise they open themselves to liability if the true copyright owner decides to seek damages. They won’t move forward with an adaptation of someone’s work unless the chain of title is clear and without other claims.

If you bring ideas to a financier without the rights to actually make the thing, you’re just giving away your good ideas. They’ll say, “Sorry, can’t help you without rights.” Then they night go to the actual copyright holder and make them an offer. There’s no reason to include you in the process when they have to buy the rights anyway.

What if the content is just an idea in your head, or maybe a few notes or an outline, or a screenplay you wrote yourself? Congrats! If you have written your idea down, you own the rights. Whenever something is created (embodied in a tangible form), the intellectual property gods bestow the creators with copyright. You can do whatever you want with that copyright – make content, sell it, give it away, bury it in your yard, or whatever. 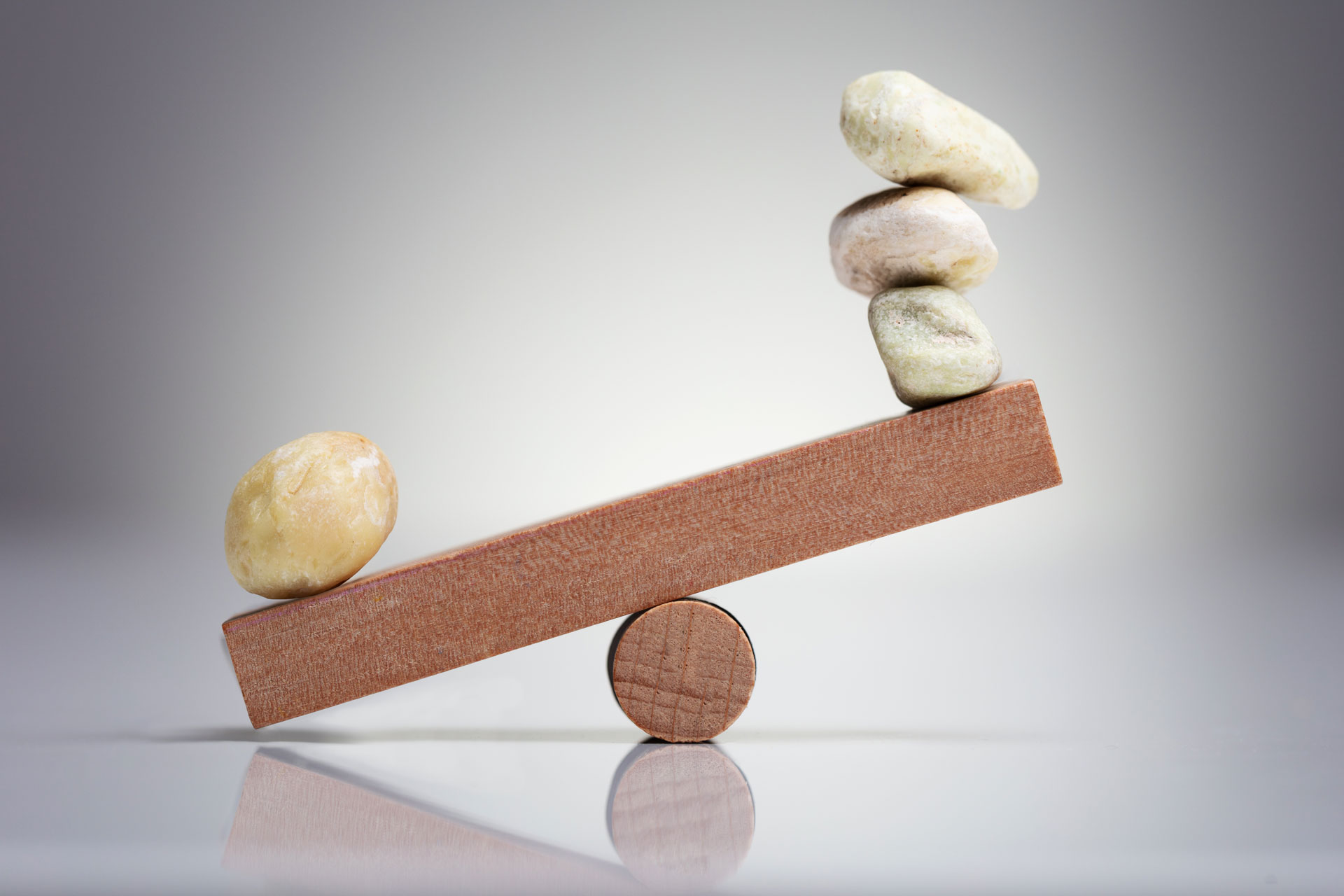 So why is ownership so important? Because it’s the only leverage you have in the industry, especially if you’re dealing with the big studios. Let’s use a fictional example to explain the importance of ownership.

A writer writes an original screenplay for a TV show. She owns the copyright. That screenplay crosses the desk of a development executive of a big actor’s production company. Let’s say it’s Jamie Foxx. (This is a fictional example. I don’t know Jaime Foxx or anyone he works with.)

Jamie Foxx loves the screenplay and wants to be a part of it. The writer speaks with the development executive of his production company and decides to move forward. Along the way, three other producers join the package for one reason or another.

What about the other three chump producers? They’re part of the package, but the studio doesn’t see them as equal. Here’s what the studio says:

“Look, we love this project. The writer gets $X now and $Y per episode because she created it. Jamie Foxx and his company get $Z because we need them. But we have a maximum we can pay non-writing producers who are involved in a property. And that max is $25,000 per episode. Let us know how we should split it up.”

What the studio just did was pay everyone who owns the copyright (the writer owns the writing and the actor technically creates and transfers a copyright when he acts), and then sticks everyone else in a room with a $25,000 check and tells them to fight over it.

So if you’re one of those producers and you don’t have ownership in the idea, the draft, the book, the life rights to a particular person, or anything, the reality is you’re just another sucker in town who’s going to get fucked.  $25K split sounds like a lot, but considering you might have worked on this property for 10 years before getting it to Jamie Fox, it amounts to a small sum.

The studios know there are a thousand people out there who want to get into the game. They basically throw you in a cage with a little money and make you fight over it, but not enough for everyone to split up equally and be happy. If you don’t have some kind of tangible attachment to the project (something they need to proceed), then you don’t have any leverage. 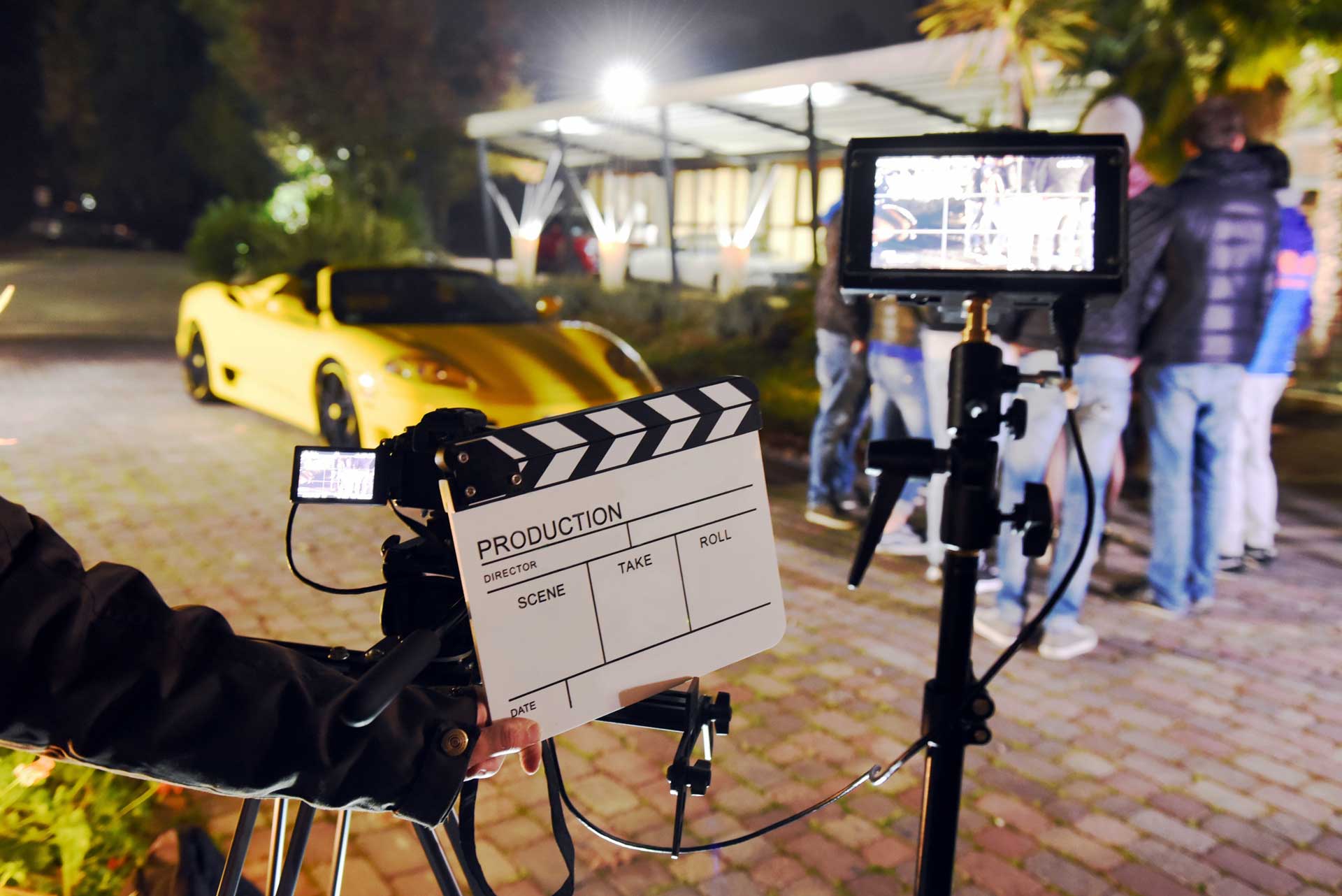 Studios want to own intellectual property and hire everyone else to be their employees. They don’t want you to have any stake in the IP. If they can’t get the IP (outright or by license forever), they don’t want in on the deal.

George Lucas is my favorite example of this. After releasing Episode 2 (one of the prequels), Lucas tried to sell an animated series. Everyone in town loved the idea, but no one would work with him unless they could get the rights to Star Wars. Lucas knew how valuable his IP was, so he refused to sell, which was smart because he later sold his whole company to Disney for billions.

If it were up to the studios, we’d still be in the “studio system” of the ‘50s where everyone only received a full time salary. Cary Grant, one of the biggest names of his time, worked for Paramount Pictures on a yearly salary. He didn’t receive any participation income or residuals. He was just a guy working a job, like putting bolts on a Ford.

Laws changed and that system doesn’t exist anymore. Talent must be allowed free agency. There are a lot more people trying to get into entertainment these days because the barrier of entry is so low, but the number of quality, interesting filmmakers people want to pay money to see hasn’t changed, in my opinion. At Harpo Films and Mandalay Pictures, I saw 1-2 good ideas per 100 submissions. Now we see 1-2 good ideas per 1,000 submissions.  Little has changed in the end result.

This means the studios fight with each other for the good stuff. So now financiers have to offer participation and residuals just to be competitive and get talent. But this type of compensation means they don’t have to give away any ownership in the company or intellectual property.

Studios don’t want partners. Partners are required to receive statements. Partners have fiduciary obligations. Partners get a vote in how the entity is run, how payments are made, who gets compensated, etc. This isn’t just contractual. It’s law. Studios don’t want any part of dealing with partners, so they compensate through participation and residuals.

Does ownership of IP (or an option to buy or license the copyright) mean you’re guaranteed to get a good deal? Absolutely not.

Just owning something doesn’t mean you’ll get a seat at the table. For one, the project may not be any good. Just owning the rights or the option to rights doesn’t matter if the material sucks. For another, the financier may not like the kind of content you are making (there’s no sense bringing a Hallmark movie to a horror studio).

Furthermore, this is a dog-eat-dog business. I’ve seen – several times – producers feign disinterest in a project, wait for an option to expire, and then pick it up once the owner forgets about it or fails to get the money to exercise it.

So if you own IP, guard it. Renew your options. If you created it, submit it to the Library of Congress in case you ever have to defend yourself and your rights. The Library will memorialize your copyright so it can be referenced.

If you’re an IP creator, like a writer, director or actor, make sure you understand the value of your creations. You may be entitled to compensation beyond a typical salary, especially if you have strong marquee value.

If you’re a producer, you need to figure out how to own the IP you’re selling. Otherwise, you have to somehow keep yourself in the negotiations so you don’t get sidelined. If you don’t own IP, you better have a very good answer when someone asks, “So what do you bring to the project?”

Intellectual property has value. Follow these steps to protect your IP. Subscribe to receive this extra resource.