Never start production unless you have all of your budget. If you can’t raise as much as you hoped, adjust your budget to make a smaller, leaner film.

Let’s say you plan to make a movie that costs a million dollars, but you were only able to raise $800,000. That’s probably enough to shoot the film, but not enough for post-production. Production is supposed to start soon, but you’re $200,000 short of your budget.

What should you do? If you answered “start production and raise the rest of the money later,” you made the same mistake I’ve seen countless filmmakers make over the last two decades. Whether it’s due to ego, poor planning, or just bad advice, tons of movies never finish because the money wasn’t in place in the beginning.

Tons of movies never finish because the money wasn’t in place in the beginning. Click To Tweet

If you start without enough money, you’ll find yourself with a big pile of film or a whole bunch of drives of half-finished work. No one will even look at it because it isn’t done.  Since you don’t, in fact, want anyone watching an unfinished film.  It will just sit on a shelf forever. Buyers and acquisition executives will ignore your calls. And if you manage to convince someone to invest at the last-minute, that deal will put you last in line and off terms that will ultimately screw you.

So if you can’t raise enough to meet your budget, what should you do? 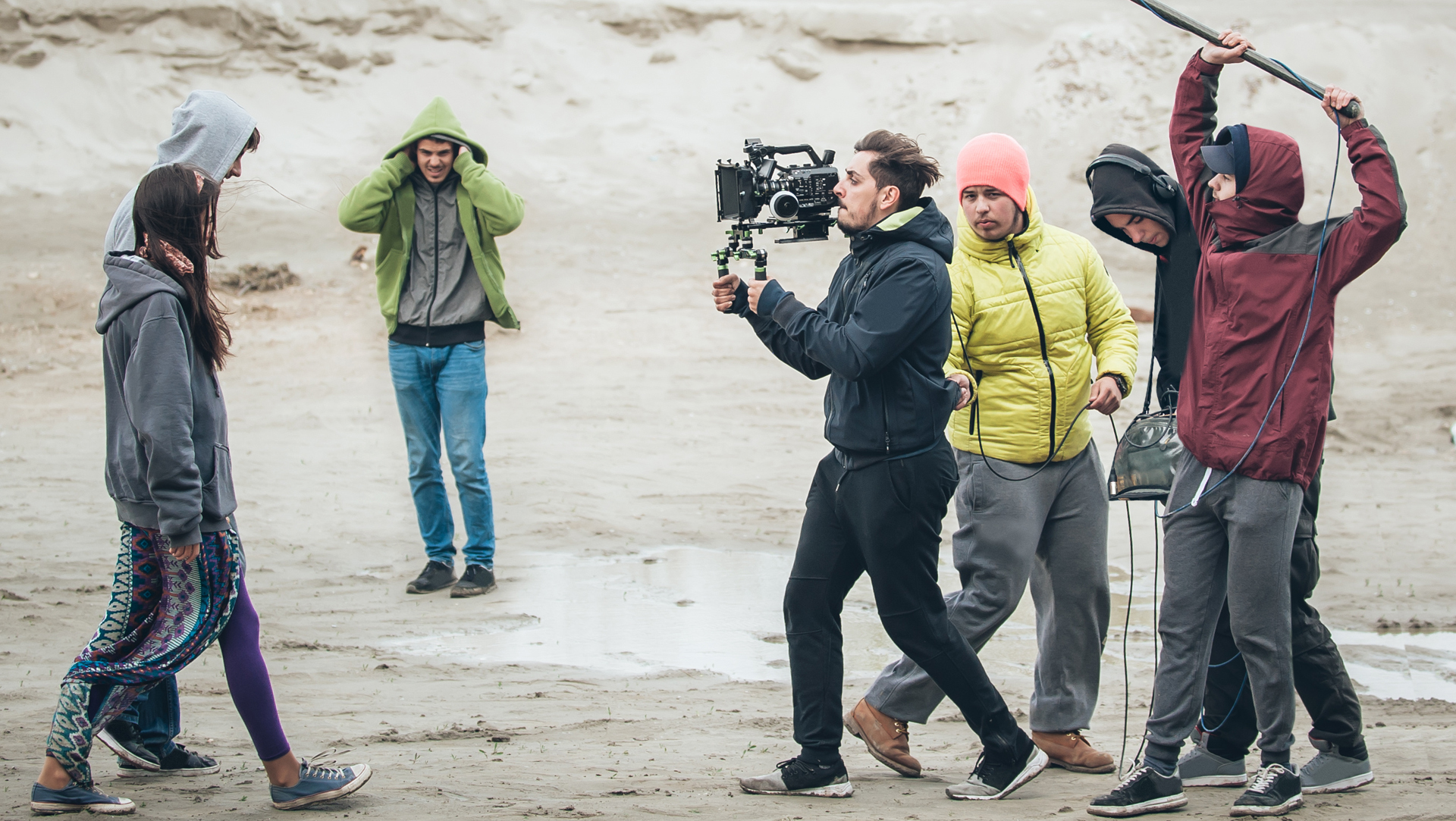 Seriously, it’s that simple. Do it for less.

Limit the scope of your film until its budget cost less than you have. You might trim a little from every department or cut something pricey from the film. You’ll have to creatively decide for yourself what will stay and what will go.

Yes, this means you won’t get to create the exact film that you wanted. But it significantly raises the chance that you will actually complete the damn thing at all. A smaller film that finds a buyer is better than a film that never gets finished.

Of course, this strategy only works if your private placement memorandum lets you do that. Some PPMs prevent you from unlocking escrow until you raise a certain amount of money. If you don’t hit that funding goal (whatever it is), you can’t spend any of the cash. If you use your investor’s money against the terms of your PPM, you’ll be committing fraud – plain and simple.

You may be able to insert a provision that lets you start production at a certain point before raising the total funds. Some investors won’t participate if you have that kind of language, but you may be able to add it into your deal – all deal points are negotiable so long as they are disclosed and agreed upon.

But my point is simple: You should never assume you’ll find more money later. Adjust your budget so you make a complete film with whatever you have when it’s time to start production.

When I say “promotions,” I’m referring to the costs of getting your content in front of buyers, not the marketing costs to get it in front of consumers. That’s for the distributor to worry about.

Many filmmakers fail to include promotion costs in their initial budget. They finish the movie, then run out of cash to sell it. They can’t afford to apply to festivals, attend festivals, or buy an MPAA rating (and no one will buy your film without a rating). Putting your film in front of buyers requires cash.

How much does promotion cost? There are a million factors that I can’t possibly address in this article, but the cost is highly variable. It could cost $500 or $50,000. If you don’t determine this cost in the beginning and reserve the funds until the end, you’ll end up with a product you can’t sell.

Bottom Feeders Will Take Everything 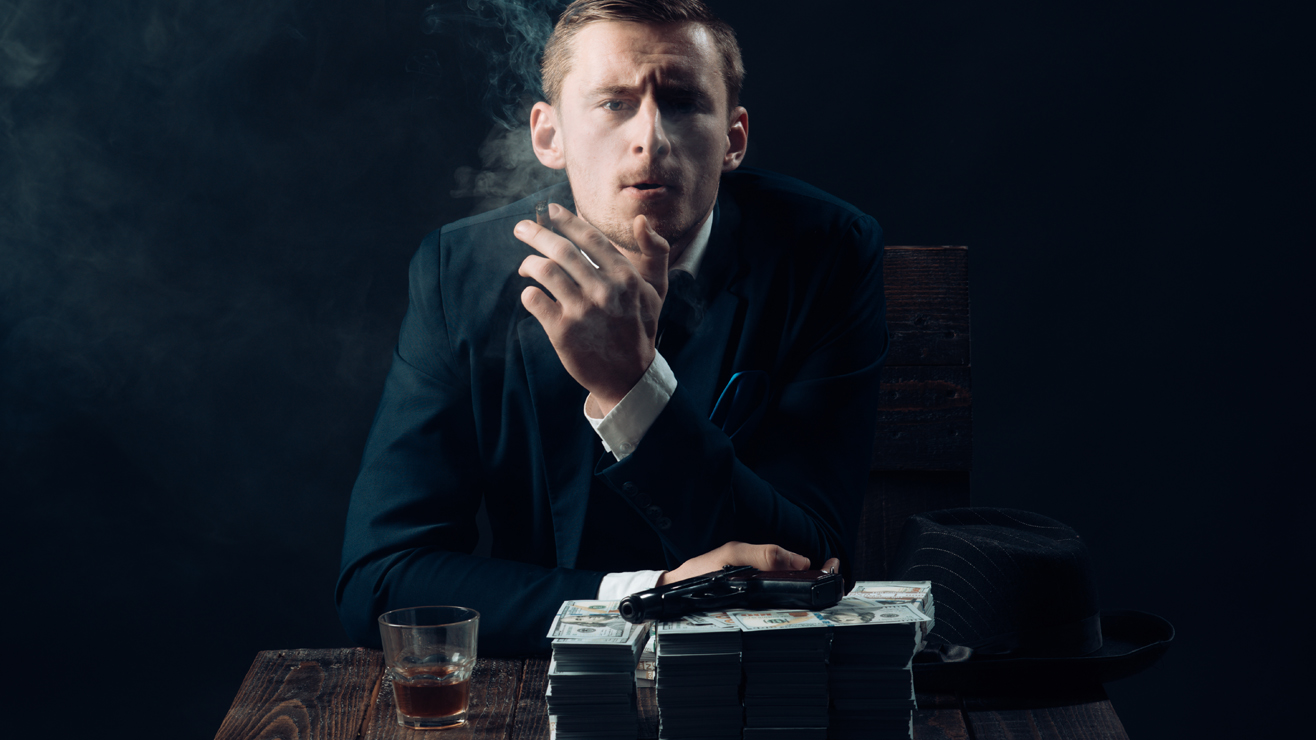 So what happens if you ignore my advice and start production without having all of the money in place? What happens when you need just a little more cash to finish the damn thing?

Well, one option is to put your drives or your film on a shelf and forget about the whole thing. But this isn’t a real option if you have investors who expect to see the finished film. You’ll piss off a lot of people who worked for you, too. They want a credit.

Your other option is to find some last-minute financing. There are people in Hollywood who will loan you money to finish the film. In fact, there are entire companies who specialize in this kind of thing.

But there’s a catch: They will completely fuck you.

Anyone who lends you money at the last minute has you by the balls. Many of these people are bottom feeders. They’re no different than ambulance chasing lawyers or payday loan sharks who prey on desperate and vulnerable people. They know you’re out of options. The deal will be entirely one-sided in their favor. It will be the most expensive money you ever take.

In some cases, a post production company will finance whatever you lack by trading their services in exchange for some of what the movie makes. This may sound convenient, but keep in mind it will come out of your pocket when you finally sell the movie to a distributor. And it will still be an awful deal.

In fact, I’ve seen post production companies take over projects. They demand a lot of creative changes in exchange for their work, until ultimately the film isn’t anything like you (the filmmaker) thought it would be. If the changes are too dramatic, you could have problems with your investors, too. They may feel misled or betrayed, which is a quick way to get yourself sued.

Can you get financing after production? Yes, but that deal will screw you so hard you’ll wish you never made the show in the first place. Just don’t start production unless you can pay for everything.

There’s another considerable challenge that appears when you start production without having all the money to finish the film. At some point, you will have to stop making the movie and switch back into fundraising mode. This delays your progress and changes your mindset.

That mindset change is significant. Long pauses away from your work take you out of the film. You can’t hold all of the nuances of your film in your head for months while you roam around begging for money. You’ll have to rewatch all of your footage to get your head back into it. You’ll undoubtedly lose something in the transition.

Plus, who’s to say your team will be available when it comes time to work on the film again? Maybe your editor took another job (people can’t sit around and wait forever), so now your film is edited by two people with different styles. Maybe you have to hire a new visual effects team who can’t match your last team’s work precisely.

Delays and interruptions are bad. Don’t start production until you have the money so you can move through the whole process continuously.

Not sure how to finance your film? Here are the most common methods. Most filmmakers use a combination of these strategies.
Click Here

Never start production unless you have all of your budget. It’s such a terrible idea. I’ve never seen it work out positively for anyone. If you can’t raise as much as you hoped, adjust your budget to make a smaller, leaner film.

Buyers need to see a finished product. You might be able to get away with only a temporary mix or visual effects that need one more pass (add disclaimers so potential buyers know this), but it must be as close to a finished product as possible.

And if anyone encourages you to start production before you’ve secured every penny you need to make your film, get them out of your circle and your life. They’re setting you up for failure. They either, a) don’t know what they’re talking about, or b) are actively trying to screw you in some way. The Hollywood Con Man pops up all over the place, even within your show friends.

Film & TV production is a front-loaded, capital-intensive process. There are three…

Entertainment is a business where people pay you to see your stuff.…

The 6 Common Ways to Finance a Film

Not sure how to finance your film? Here are the most common methods. Subscribe to receive this extra resource.